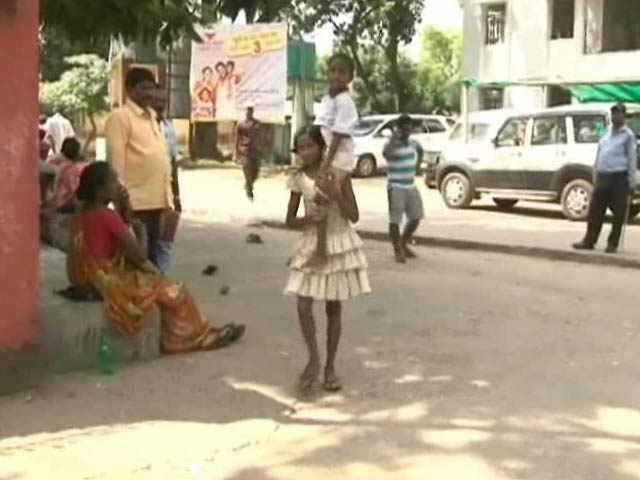 Strange facts are too glaring to be missed in Jharkhand's health sector.

The BJP government led by the CM Raghubar Das has sanctioned Rs 1906 crore for four upcoming 500-bed hospitals in Jamshedpur,Dumka,Palamau and Hazaribagh.Construction of these hospitals are already on,say officials.

Worse,a Nursing Hostel and Nursing Class rooms made at a cost of Rs five crore  for training and creating nurses were built two years ago in Itki,Ranchi.These buildings are lying unused as they were not even taken over by the state Health Department till date.

At the state government run Rajendra Institute of Medical Sciences comprising a mega hospital and college in Ranchi has huge buildings,each with hospital departments and nurses.But more than 54 posts of doctors were vacant since past over two years.No measure worth its name was taken to appoint eligible and competent doctors.

In Dhanbad,the state government run Patliputra Medical College Hospital(PMCH) lacks oxygen plant,research laboratory and vacant posts of senior doctors and teachers were not filled up for long.Result?The Medical Council of India has fixed November 10 deadline for the collage management to address these 'deficiencies or face derecognition from the next academic session.

"The MCI has given directives to fulfil the shortcomings immediately",admits PMCH Principal Dr Arun Kumar.However,no measure was initiated by the Department to better the infrastructure of this hospital in Dhanbad.

As it is,while patients of the poorest of the poor people who lacked money get treated in private hospitals got admitted in these state government run hospitals only to suffer untold miseries,the  construction of a building always figured as top priority of the state government personnel for one important reason.

Before the tender is flashed and builder selected for its construction,black money passes hands quick and fast in advance.'This speeds up the process of approval of files.And,after the money reaches the appropriate hands,the construction of concrete buildings start.Next,after its completion,the building turns into a ghost house",cribs a retired engineer of the PHE Department.

No wonder,during the past 17 years,scores of buildings were built by the state governments in the name of 'development'.Many of these buildings were lying unused even as crores and crores of public funds had gone down the drain.

Against this backdrop,the Raghubar government is marching ahead with an alarming speed by building concrete structures across the state.Rs 1905 crore worth four 500- bed hospitals making Jharkhand gain 9 medical colleges and hospitals are no exceptions.

"This kind of move of corruption and misgoverance has spoiled the name of Prime Minister Narendra Modi and BJP President Amit Shah who missed no opportunity to praise this thoroughly useless government of Raghubar Das without looking at the terrible grass root reality",cribs a worker of the ruling BJP who does not want to be named.