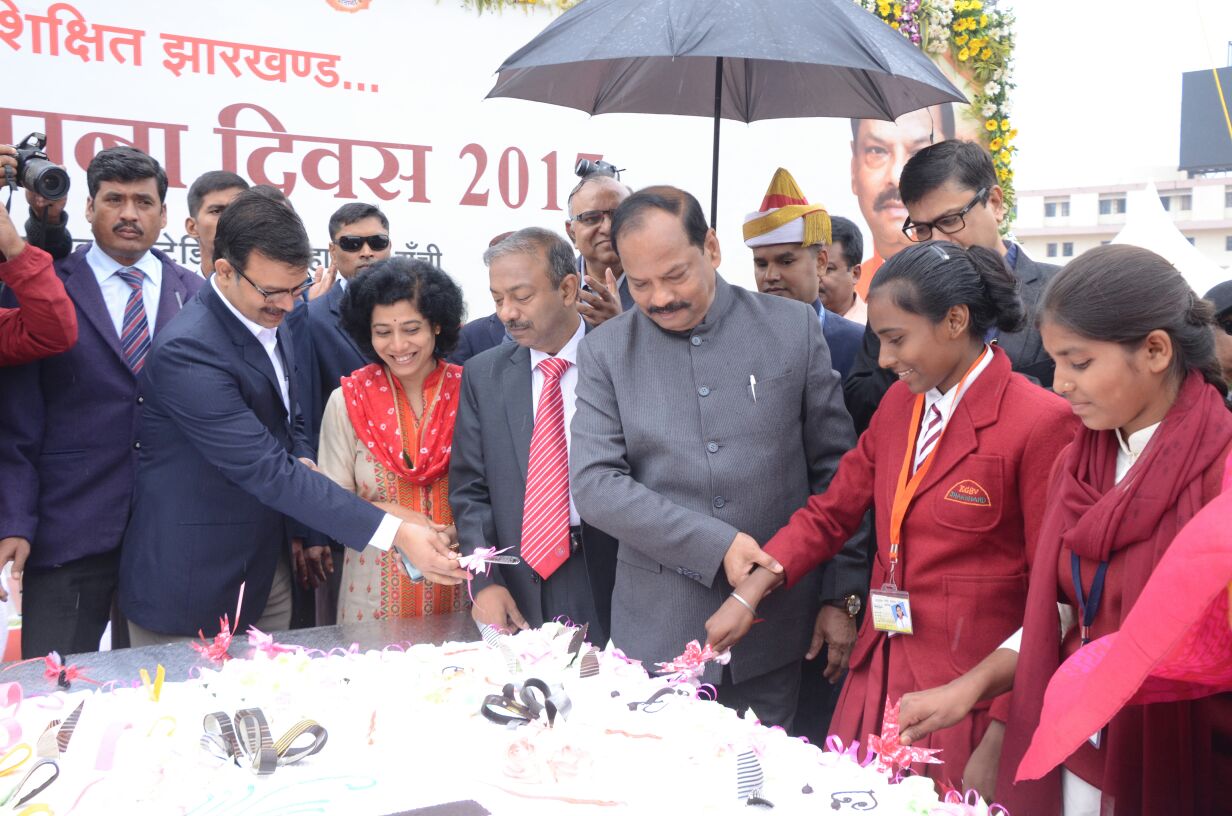 All roads were blocked by security men.All schools,colleges and government offices were closed.The traffic has come to a halt as the BJP government led by Chief Minister Raghubar Das lead the 'grand' Jharkhand foundation day function on the birth anniversary of the tribal hero-Birsa Munda.

While life came to a halt,the celebration is going on at Morahabadi Maidan where President Ram Nath Kovind is the chief guest.Das has a mega plan up his sleeves. Starting with cutting of a cake weighing 500 kgs,it saw nearly 1000 students whose schools were closed participating in the 18th statehood day.

Officials ensured that they walked in procession led by Das.They walked from Zila school in Ranchi and came to Birsa Munda Football stadium.Alongside Das and Governor Draupadi Murmu paid tributes to his memorial at in Kokar.

In the afternoon,the state ministers distributed assets among beneficiaries of Ujwala scheme,Fasal Vima Yojna,Mudra scheme and more.Even Bollywood music composers Salim-Sulaiman were to perform during the cultural evening at Birsa Munda football stadium.Prior to this President inaugurated Johar scheme worth Rs 1500 crore and flagged off 108 ambulances from Morahabadi Maidan in Ranchi.In the afternoon,he left for New Delhi.

Earlier,on the eve of the celebration,the CM gave  away the boarding pass to the deprived kids on the occasion of Children’s Day at CM’s residence, Kanke road in Ranchi on Tuesday. For tribal children it was like a dream come true when they took off for Kolkata on Tuesday morning under ‘Flight of Fantasy’ initiative started by Round Table India.

To mark the occasion of Children’s Day, around 50 students including a few members of Round Table India took a flight from Birsa Munda Airport Ranchi to Dum Dum Airport Kolkata by Indigo at 9:45am. All these deprived teenagers come from rural areas of Ranchi, Bundu, Tamar, Simdega etc. There are around 47 girls in the team.

Following a similar schedule that includes checking a few prominent tourist destinations, the kids were taken to Birla Planetarium, Victoria Memorial to name a few in Kolkata. The team returned back to Ranchi in the evening from Kolkata around 7 PM.