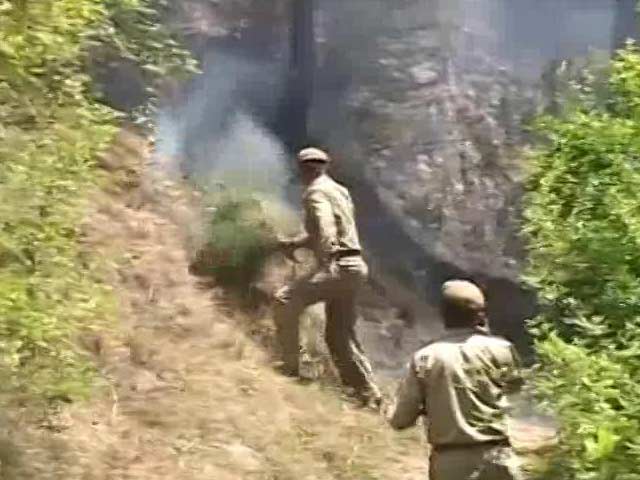 The Jharkhand police is planning to use satellite imagery to check down on poppy cultivation and narcotics trade along Jharkhand-West Bengal in India-Bangladesh border.A decision toward this end was taken by the Crime Investigation Department headquarter on Wednesday.

According to the CID,the staellite imagery system will capture minute details of the areas under focus.With these images,its staff can identify poppy crops and even detect movement of people across these areas and the border with West Bengal and Bangladesh."We want to use the satellite imagery to destroy the crop with the help of local people and the police",said a CID officer.

At the same time,with an aim to check illegal poppy cultivation,the police in league with the CID is expected to sensitise farmers,a high level meeting headed by DGP DK Pandey is learnt to have resolved.

In Jharkhand,poppy cultivation is illegal.If the Narcotics Commissioner of India issues licence,individual poppy farmers can cultivate it on specific tracts of land in the crop cycle between October and May. However,the entire yield has to be given to the state.

But countless farmers grow Papaver somniferum as a cash crop without permits, mostly in Maoist strongholds. While poppy seeds or posta are used in cooking, opium is the latex produced within the seed that the global drug industry uses as raw material to produce heroin and morphine.

In Jharkhand, besides farmers,some of whom were backed by the Maoists who drew lollies out of it, the flourishing illegal farming has also made many urban households happy. Processed poppy seed or posta is now available in local markets for Rs 200-Rs 300 per kg against Rs 400 to Rs 600 per kg earlier.

Against this backdrop,the state police has  decided to tell farmers that growing opium without licence is illegal and will suggest alternative cash crops. Besides government officials, schools, colleges and non-government outfits will also be roped in to spread the message.

In the recent past, police had destroyed standing opium poppy crops in forest and raiyatiareas of Chatra, Latehar, Palamau and even Namkum block area. “But awareness is better than raids any day,” said IG Gupta. “It is much better if villagers are sensitised not to take up illegal trade. But as poppy cultivation fetches good money, it will not be easy to persuade villagers,” he admitted.

The Narcotic Drugs and Psychotropic Substances Act, 1985, states that cultivation, production, manufacture, possession, sale, purchase, transportation, warehousing, consumption, inter-state movement, trans-shipment and import and export of narcotic drugs and psychotropic substances are prohibited, except for medical and scientific purposes, and strictly within the folds of government sanction.

Illegal cultivation and failure to hand over the entire crop to the government are punishable. A cultivator who illegally keeps the opium produced by him, can be jailed for 10 to 20 years and fined between Rs 1 lakh and Rs 2 lakh.