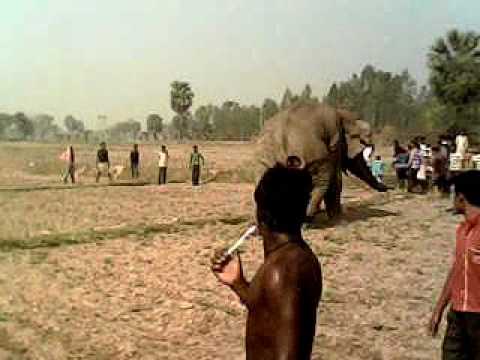 With the year  coming to close,the state forest department has one sad fact to reveal- the current year 2017 has recorded  maximum confrontation between man and elephants .Result?

Though nearly 600 humans were killed during the past one decade,in one month of August this year,an  elephant had to be shot dead after it killed as many as 12 persons in Sahibganj district.

More,the figure is scary. Simply put, the pachyderms have been killing a person in Jharkhand every sixth day.The killer elephant, having separated from its herd and also lost path, had been roaming in the area.

Officials say  the attempt of the villagers as well as the forest officials to drive it away made it more infuriated. A gunner hired by the government shot the tusker dead on August 12.

The human and the elephants have overlapping territories in Jharkhand, leading to a bellicose relationship between the two.Now, with Maoists extremists largely on the run in Jharkhand, the marauding herds of wild elephants have emerged the biggest threat for humans  living in the state’s  rural zone.

Every body knows that the man-elephant conflict has intensified with shrinking forest. The large animals often venture inside human habitats in rural Jharkhand, which they ironically consider part of their territory.

Besides human settlements, the growing highways, train tracks, and mines continue to eat up forest areas, forcing the elephants to turn aggressive. Their search for food is bringing them closer to towns as well.

Also,according to forest officials, constant human pressure at the forests has forced elephants to leave their homes in search of food.This in turn triggers conflict with locals.

The elephants usually require more than 500 kms of home range wherein they will hunt for the food. They consume nearly 150 kg of food and 150 litres of water a day for which the elephant herds migrate from one forest to another (corridors).

Naturally, they are worse hit by the loss of habitat, as traditional elephant sanctuaries are now home to human.Sadly,experts say that  the elephants are feeling a pressure on their habitat at a time their numbers have gone up in Jharkhand.

With their corridors continuously encroached by the villagers, the elephants wreak havoc when they move in search of food - raiding crops, knocking down houses and killing people-and leave behind a trail of destruction.The forest department is at a loss not to contain this man made conflict.