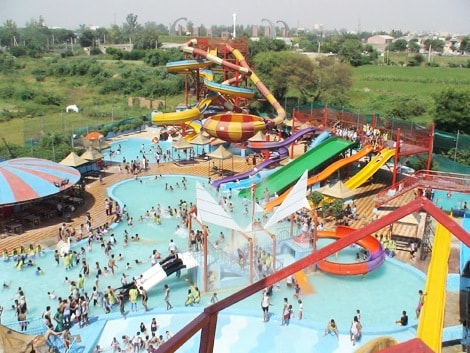 As the year 2017 comes to greet new year 2018,cash transaction continues in fun parks in the capital city of Jharkhand-Ranchi.This has jolted cashless transaction promoted by the Narendra Modi government to realize its Digital India dream

Though the BJP rules both at the centre and the state,almost all amusement and wildlife parks in the city and its outskirts have turned their back on cashless transactions.Officers say they have not got enough revenue to install point-of-sale machines.

"There is no power connectivity and often Internet network fails.These reasons have come in the way to opt for cashless system",cribbed a senior officer of the forest department.

A social activist who does not want to be named attributes the cause to corruption."Because the management of these amusement hubs wants to escape from tax,they were using the old system of cash transaction",he said adding that despite complaint lodged by him,the cash transaction continues there.

Sad part of the story is the state government has done nothing to promote cashless transactions in these fun parks in Ranchi.Forest Department staff Rajesh Kumar said:"The efforts to make the country cashless does not seem to have reached our parks.Not one park or amusement centre follows cashes transaction through e-waallets like Paytm.Only cash works at Rock garden,Sido Kanhu park and Chotanagpur Fun Castle(CFC).