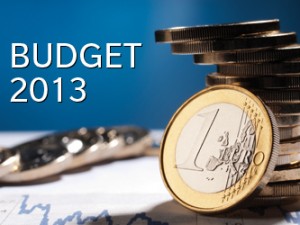 Defending the move illustrated in the Union Budget 2013-14 tabled in the Lok Sabha,Chidambaram said cutting expenses was necessary to contain fiscal deficit.It was equally important to augment resource generation”,he said.

“Where should a finance minister look to generate resources, than cigarettes?” he asked while proposing to increase the excise duty on cigarettes to 18 percent.He also raised the duty on SUVs from 27 to 30 percent, saying “SUVs take a lot of space on the road, so the owners won’t mind paying a bit more”.

Currently, SUVs registered as taxis were exempted from the duty.On cell phones with a price tag of more than Rs. 2,000, Chidamabarm proposed to levy a duty of six percent.