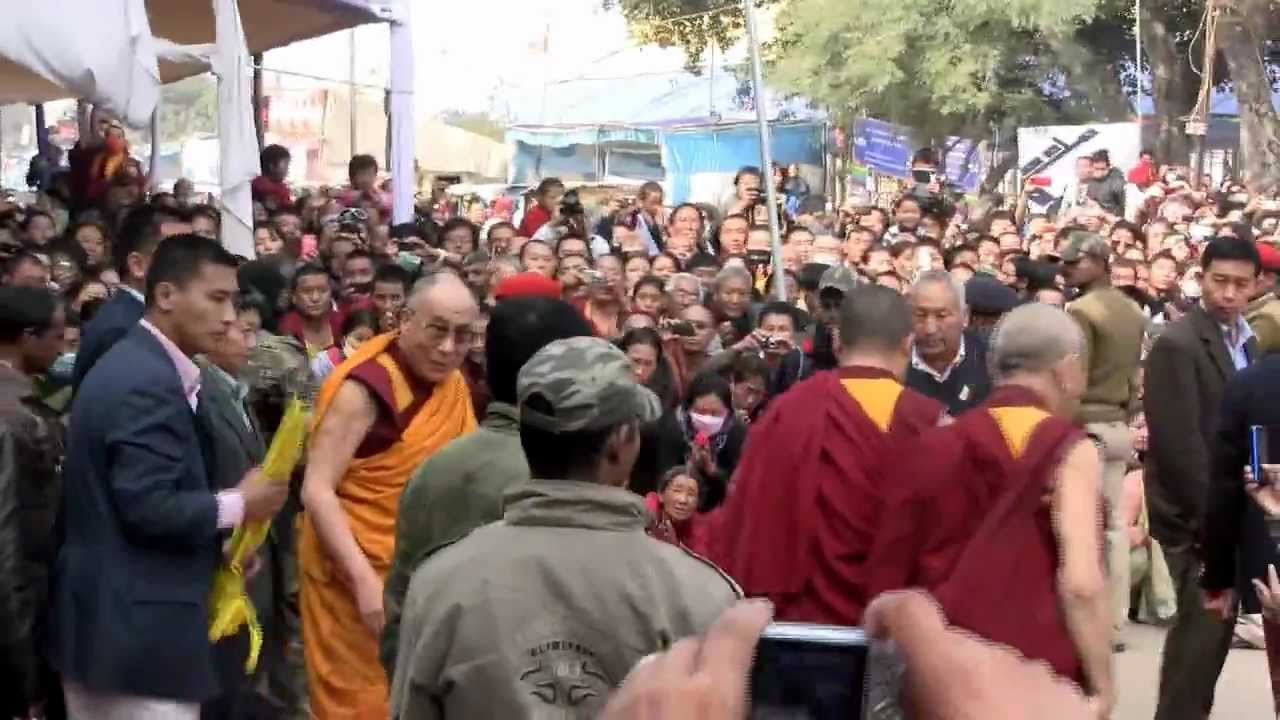 The Nobel laureate for Peace,The Dalai Lama who visited Bodhgaya and delivered a speech on 'Four Arya Satya'-the basic reasons for sorrow in the world on Friday,is on record advising monks to practice 'Nalanda Tradition' for peace,love and compassion.

"Serious efforts should be made to revive the Nalanda tradition,which still flourished in Tibet",he opined.

In fact,Buddhism was introduced into Tibet by the great Indian ‘masters’, Shantarakshita and Padmasambhava.They are credited to have brought the teachings of the Nalanda tradition to the area in the eighth century.

However, it was the great Buddhist renaissance of the 11th Century, hailed by the arrival of Indian teachers Atisha, Naropa and Marpa arrived in Tibet, that saw Tibetan Buddhism gradually evolved into the various ‘schools’ we see today.

These ‘schools’ developed differing approaches over the following centuries, but all traditions shared the same basic principles of love, wisdom and compassion.

The Chinese invasion of Tibet started in 1950 and their occupation has consistently repressed Tibetan Buddhist practice ever since. His Holiness the Dalai Lama, along with many of his people, fled Tibet in 1959 to live in exile in India, where Tibetan Buddhism continues in the exile community.

Addressing the monks at the sprawling Kalchakra Maidan in Bodh Gaya,the Buddhist spiritual guru said;"Taking birth,old age,death are sorrow.Even union of the beloved and union with unpleasant person are sorrows. And this way,all these five types of creations constitute sorrows of the world",he said.

"We are the main reasons behind our grief.We get angry over trivial things,which should have been avoided.Even scientists today realize these were the reasons behind anger",said the Dalai Lama.

Dalai Lama stressed on the need of love,friendship and compassion,which can rid the world of all the miseries of grief.Meditation alone can not end grief.The need was 'purity of mind and heart.These are the first steps to realize the goal",he told the monks.