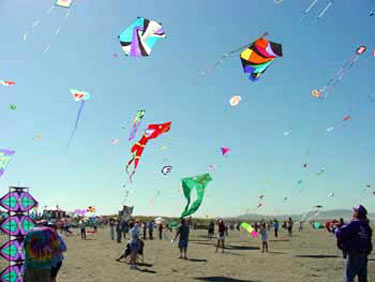 With upper layer of the atmosphere experiencing a crisp north flow and the wind on the surface changing to northerly  and westerly,youths were busy flying kites in the sky across north India.

The scene was no different in Jharkhand.However,in Dhanbad,an IAS officer has used the occasion to embark an innovative way to rope in young boys and girls to improve cleanliness ranking.He is Rajiv Ranjan,Dhanbad Municipal Corporation Chief and CEO.

Toward this end,Ranjan has roped in youths and people's representatives to fly kites with the message of 'Swachha Dhanbad' drive of the DMC.This is for the first time in the last two decades that any government department organised kite flying festival on the occasion of Makar Sankranti.

As a result,Dhanbad Mayor CS Agarwal,Member of Parliament PN Singh,MLAs Raj Singh and PC Mandal besides men,women and children participated in the event on Sunday-Monday.

Even in Jamshedpur and Ranchi,the youths were spotted flying kites.At Oxygen park in Ranchi,hundreds  of youths took part in kite flying festival sponsored by the bodies of the ruling BJP.

In effect,Ranjan was appreciated by many people.Also,Urban Development Minister CP Singh praised him for organising and holding camps at college level and kite flying to improve sanitation ranking and Swachhata drive."He has done excellent work.We are proud of him",said Singh.

Now,when weather office has  forecast clear weather across Jharkhand for the next two days,kite flying game is expected to boom in the sky.