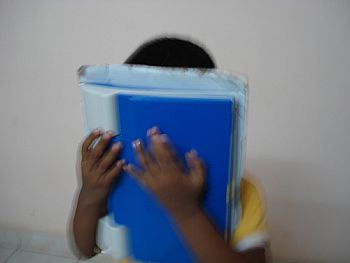 Teachers of St. Lutheran High School in Gumla were up in arms over the issue of their female colleague who was allegedly forced to do sit ups inside the school premise by Sub Divisional Officer Girja Shankar.

A delegation of these teachers met Gumla Deputy Commissioner Praveen Shankar and asked him to take action against the SDO.”We have received the complaint”,said the DC.

Today was the Matric examination in progress at Catholic Church run school where students were writing scripts and the teacher Sunita was present there as invigilator.To ensure that no body indulged in un-fair means,the SDO turned up.He reportedly saw a student copying the text from a piece of paper.He seized it,handed it over to Sunita,asked her to take action against the student and proceeded ahead.

Soon,he returned to find that Sunita instead of taking any action against him,had returned the seized paper.“He got angry and scolded her”,said the DC.

Sunita claimed that the SDO had cooked up a false story to defend himself.”The Constitution has not given him any power to misuse his power and coerce her do sit ups.He has insulted a lady teacher.It’s shame”,fumes Albert Minz,a friend of Sunita.