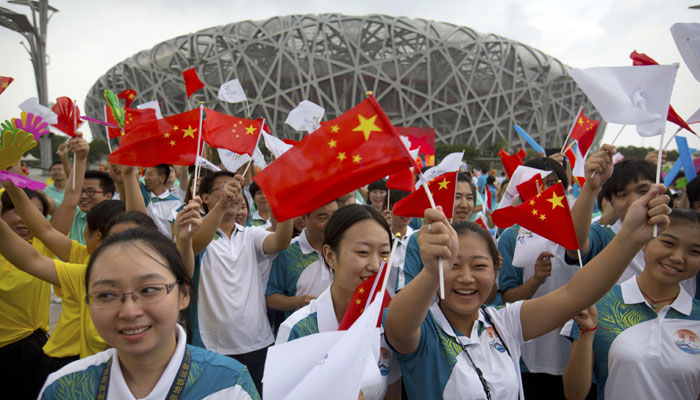 "Congratulations to China on its election as Vice President of Financial Action Task Force(FATF) at its plenary mtg. on 23 February 2018.

"We remain hopeful that China would uphold & support the objectives & standards of FATF in a balanced, objective, impartial & holistic way," India's Ministry of External Affairs spokesperson Raveesh Kumar has tweeted.

India's response became public after China became the vice chair of the FATF, a global body mandated to combat terror financing.In fact,India hopes that Beijing would "uphold and support" the objective of the watchdog in a balanced and objective way.

Prior to this in its plenary meeting in Paris on Friday, the FATF had extensively deliberated on ways to combat terror financing and money-laundering but did not put Pakistan on its international terror-financing watch list. "It gave Islamabad time till June to prepare an action plan against terror groups operating from Pakistan",said a report from Paris.

Investigation revealed that China backed down from speaking for Pakistan at this international meeting on terror because it didn't want to "lose face by supporting a move that's doomed to fail", official unnamed sources told Pakistan based popular Dawn newspaper.

Report claims that Pakistan was sure to get China's support in dissuading the US and others from putting it on a terror funding watchlist that its foreign minister even tweeted saying he was "grateful to friends who helped".

However,"days later, foreign minister Khawaja Asif and Pakistan had egg on their face, as reports came in that China remained neutral",states Dawn .

Records show that China did oppose the move to put Pakistan on what's called a 'grey list' of the FATF.Later,apparently aware of its negative implications in international diplomacy,it preferred to join Turkey and the Gulf Cooperation Council (GCC) - represented by Saudi Arabia which wasn't a member in and of itself - in its support for Pakistan,said Dawn.

The credit for this goes to the the US decision to push for an unprecedented second discussion on Pakistan, which was held on February 22, said the Dawn report. And by then, it convinced Saudi Arabia to accept a quid pro quo - 'We will give you full FATF membership if you drop your support for Pakistan'.