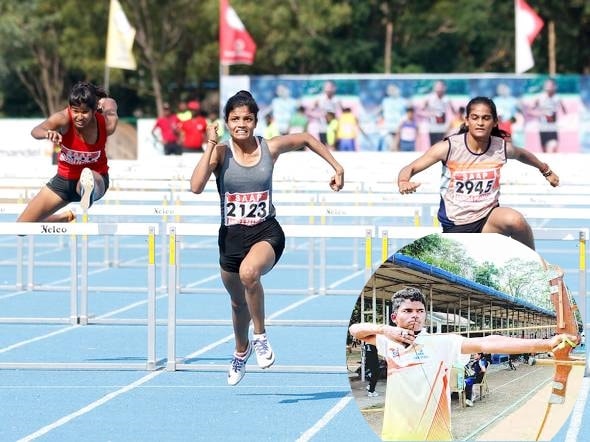 Sportspersons have raised their thumbs up after two female athletes and one archer had gained top positions at the national level competition.

The two athletes were Sapna Kumari and Anurupa.In 100 metres hurdles in 22nd Federation Cup Athletics Championship in Patiala, Sapna had got gold whereas Anurupa had secured bronze.

Record shows that while Sapna completed the test in 13.61 second, Anupma did so in 14.27 seconds.Both were athletes of the Sports Authority of India's Ranchi unit."We are proud of them to go high in the national level senior athletics competition",said SAI,Ranchi Director Verma echoing the sentiments of other coaches.

Similarly, archer Gora Ho,17, who switched to recurve from Indian round only six months ago,won the recurve team gold for India in Asia Cup in Bangkok.This was his international debut.Gor had teamed up with Akash and Gaurav Lamba to defeat Mongolian trio of Adiyasuren Baasankhuu,Otgonbold Baatarkhuyag and Gantugs Jantsan 27-26 in the breaker to clinch the third gold for India in the Cup on its concluding day on Thursday.