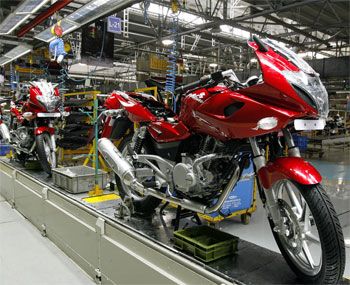 Faced with the task to mop revenue in the current fiscal ending on March 31,the commercial tax department today raided the premise of Dhanbad based dealer of Bajaj mo bikes and seized 159 mo bikes.

During the raid,the staff and owners of this dealer-Gauri Ganesh Autombile failed to provide documents authenticating the manufacturing and supply of these mo bikes,said a press release issued by the state public relations department.The raid was carried out by the commercial tax department officials led by its Joint Commissioner Ramji Prasad.

Till the reports came in,the raids on other firms in Dhanbad were continuing,said the same press release.