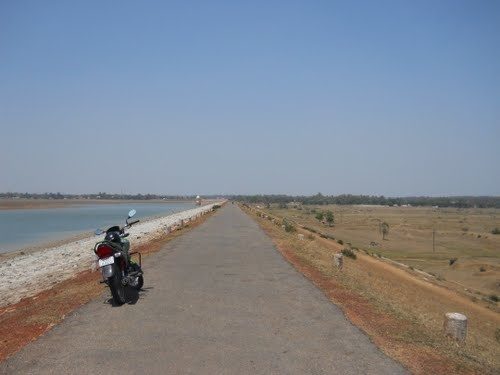 'Dig a well when the house is on fire'.This old maxim appears true in connection with the BJP government led by Chief Minister Raghubar Das's plan to build and develop the ambitious Ranchi Smart City project.

As per the plan, the smart city carrying hundreds of houses and bungalows as well as market complex and roads have to be developed on the land located in Dhurwa in Ranchi.After the plan was approved by the government of India, the Ranchi Smart City Corporation Ltd has decided to supply water to it from its Dhurwa dam.

Records show that the Dhurwa dam, which faces acute water crisis during summer, will supply 12-million litres of water to the Ranchi Smart City coming up at Dhurwa area.

This dam built by the Russians in late 1950's gets dried up during summer causing water shortage in the entire area of HEC.Against this backdrop, the water supply proposal is going to cost Rs 9 crore.

While the Detail Project Report is being prepared so that a tender is floated, the question is what is the future of Ranchi Smart City?Everybody knows that when a shortage of water causes untold miseries to residents of Dhurwa during summer right now, the problem is bound to create a problem for residents of the Ranchi Smart City.

When this question was raised before the state government Drinking Water and Sanitation Department's Executive Engineer SS Singh, his reply was:"We are linking Rukka dam to the households where water is currently supplied from Dhurwa dam.In future, water will be provided only to the residents of the smart city and HEC from Dhurwa dam."

Notwithstanding this engineer's view, the shortage of water in Dhurwa dam remains a cause of concern for hundreds of residents of Dhurwa."When our water scarcity problem remains unresolved, the future of Ranchi smart city can be any body's guess", said a resident of Dhurwa.

Sad thing is the CM Raghubar Das and his officials seem to be in hurry to build the Ranchi Smart City without developing its new and separate source of water.In effect, it can damage the project and its beneficiaries,if any.