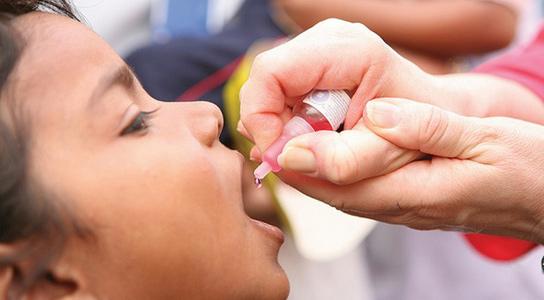 Diarrhoea kills more children across the world than AIDS, malaria and measles combined. India alone contributes to 10% of all global diarrhoeal deaths in children below the age of 5 years which translates into an estimated 78,000 deaths annually in India. An estimated 3,000 of these under five diarrheal deaths occur in Jharkhand (SRS 2015).

Rotavirus diarrhoea is singularly responsible for up to 40 percent of all moderate to severe diarrhoea cases in India. Malnourished children and those with poor access to medical care are more vulnerable to diarrhoea. Diarrhoea causes a vicious cycle of malnutrition, weakening immunity and making children more prone to disease.

§  Rotavirus is highly contagious and is spread through the faecal-oral route – when a child’s hand comes in contact with infected water and food.

§  Rotavirus can survive on hands and surfaces for long periods of time.

§  All children are at risk of Rotavirus infection, irrespective of their socio-economic status.

§  Infections mostly occur in very young children, who are also at an increased risk of dehydration.

§  There is no drug currently available to treat Rotavirus infection. It is generally treated with ORS and Zinc for 14 days.

§  Besides improvements in hygiene, sanitation and drinking water, Rotavirus diarrhoea can be most effectively prevented through Rotavirus vaccine.

§  Every episode of Rotavirus diarrhoea costs over 7 percent of the average annual income of Indian families, enough to push low-income families below poverty line.

§  Every year India spends approximately INR 4,700 crores in hospitalization and INR 500 crores in the treatment of Rotavirus diarrhoea.

§  It is estimated that India spends over a staggering INR 1,000 crores every year on the management of Rotavirus diarrhoea.

2.5 ml of the vaccine will be administered orally with an oral syringe (applicator). Three doses of Rotavirus vaccine will be administered to the child at 1.5 months, 2.5 months and 3.5 months of age along with the other scheduled vaccines. This vaccine is given orally after reconstitution with diluents supplied with the vaccine only. No booster dose of rotavirus vaccine is recommended. The vaccine will be provided free of cost in all government health facilities including hospitals, medical colleges, urban dispensaries, PHCs, CHCs, sub-centres and outreach session sites (RI/VHND sessions).

Rotavirus vaccine is a safe vaccine. Mild symptoms including vomiting, diarrhoea, cough, runny nose, fever, irritability and rash may be observed post vaccination which is normal and can be easily treated.

The efficacy of rotavirus vaccines against severe rotavirus diarrhoea in India ranges from 40-60%. An integrated approach for diarrhoea prevention and management including early & exclusive breastfeeding for six months, appropriate complementary feeding, Vitamin A supplementation, vaccination against Rotavirus, use of ORS & Zinc, good hygiene and sanitation will be most effective in the fight against deaths due to diarrhoea.