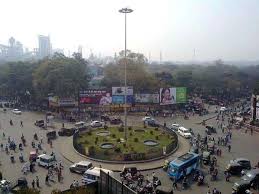 The Narendra Modi government has committed financial assistance of Rs35989.70 crore for development of 500 cities across the country.Among them figure 7 cities of Jharkhand.

For these Jharkhand cities it has committed assistance of Rs566.17 crore for development under Atal Mission for Rejuvenation and Urban Transformation (AMRUT).These informations were made public by Union Minister of State (Independent Charge) for Housing and Urban Affairs Hardeep Singh Puri  in Rajya Sabha today in response to a question raised by MP Parimal Nathwani.

The statement tabled in the house said that the total allocation for the projects including State share for 07 cities of Jharkhand is Rs1245.74, crore of which central assistance is Rs566.17 crore and rest will be borne by the State Government.

According to the statement of the Minister, these 7 Jharkhand cities selected under AMRUT are Adityapur, Chas, Deoghar, Dhanbad, Giridih, Hazaribag and Ranchi.

The Mminister’s statement said that under AMRUT, the Ministry of Housing & Urban Affairs does not approve individual projects or city-wise proposals but accords approval to the State Annual Action Plans (SAAPs) submitted by the State/Union Territory and releases Central Assistance as per Mission guidelines. Selection of individual projects, appraisal, approval and implementation is done by the concerned State/Union Territory Government.

SAAPs of Rs 77,640 crore, including committed Central Assistance of Rs 35,990 crore, have been approved by the Ministry of Housing & Urban Affairs for the entire Mission period in three rounds, said the statement. However, funds against third and final SAAP will be released to 5 States and 3 Union Territories on achieving the milestones set by the Ministry, said the minister.

The Modi government has also committed assistance of Rs2070 crore development of 31 cities of Gujarat.

As it is,Nathwani wanted to know about the cities selected under AMRUT, the funds sanctioned/released and works undertaken or likely to be undertaken, the details of States requesting more assistance/grants to complete ongoing projects and the action taken/being taken in this regard.

The Minister's statement added that none of the States/Union Territories had requested for more assistance/grants to complete ongoing Projects under the Mission.