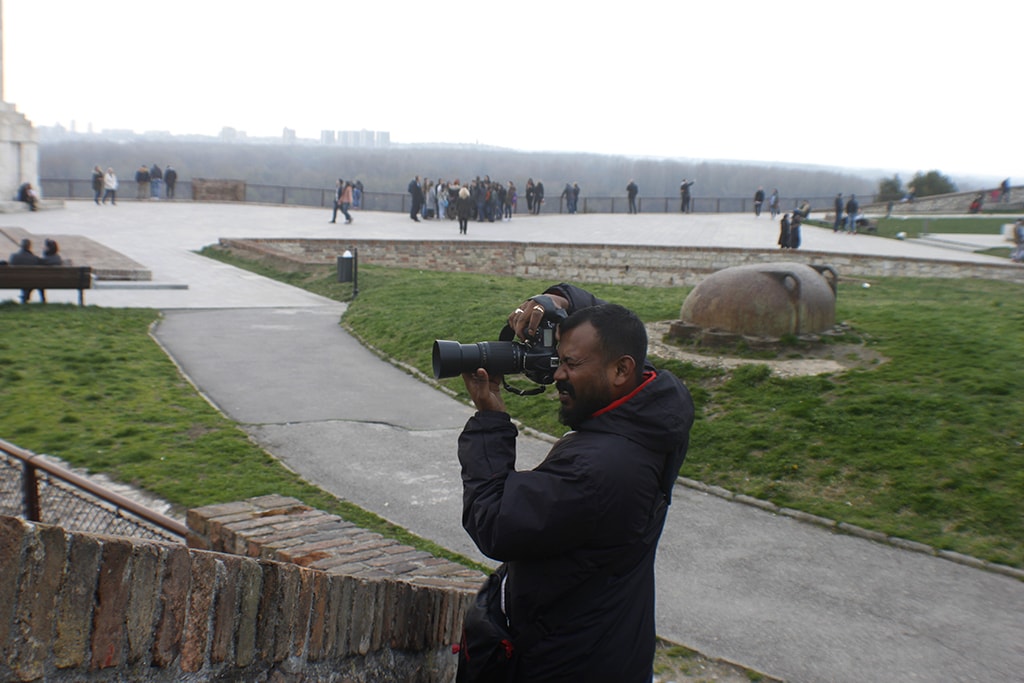 A total of 1903 photographs was submitted from 163 cities. The grand jury panel, comprising of eminent international, national and regional professionals identified the top 25 winners and declared Sunil Kumar from Simdega as the Grand Prize Winner.

IPRD organised an Award Ceremony on the 28th of December at Audrey House in Ranchi to felicitate and confer awards and certificates to the winners. It was declared that Sunil Kumar, the Grand Prize Winner won a 3-day trip to Belgrade, Serbia to undertake a short photography assignment. Honouring that declaration, Sudhir John Horo, Special Secretary, IPRD has facilitated Sunil Kumar’s visit to Belgrade with the support of the Embassy of India in Belgrade.

Sunil Kumar was warmly hosted by the Indian Ambassador to Serbia, HE Narinder Chauhan at the Indian Embassy. On behalf of the state of Jharkhand, Sunil presented a print of his award-winning photograph to the Indian Ambassador. Over these three days, Sunil shall be documenting his experience in Belgrade and neighbouring areas. Picture Jharkhand hopes to curate a selection of these photographs into an exhibition Serbia in the Eyes of an Indian Photographer for the public of Jharkhand to get an insight into the culture and lifestyle in Serbia.During his visit to Belgrade, Sunil will also be visiting some of the important cultural and visual arts museums as part of the study component of his trip.

Picture Jharkhand will be organizing an interactive session with Sunil Kumar on his return to Jharkhand, later this month at Suchana Bhawan to share his Serbian experience through select photographs and anecdotes.