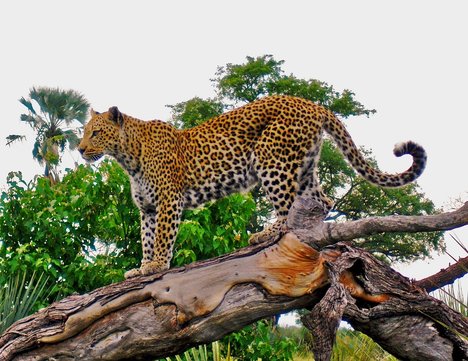 In the land of Utter Pradesh Chief Minister Aditya Nath, forest personnel have done what none of their colleagues in India had accomplished in the past-save the life of an ailing leopardess by mobike.

Records revealed that during a patrolling at around 11 AM on Sunday, they saw a leopardess in an unconscious state near Potha Nulla in Dakshini Chowk in Gorakhpur district.Soon, they are learnt to have informed Forest Ranger Daya Shankar Tiwari.

And, in quick response, Tiwari, his two assistants- D P Kushwaha and  Virendra and Mobin Ali- reached the spot and informed DFO Manish Singh requesting him for a cage to take the animal to hospital.Since there was a delay in getting the cage and the life of the leopardess looked deteriorating, they decided to carry the big cat on a motorcycle.

As they did so by covering a distance of about 2 km, they reached Maharajgunj district forest department office.Minutes later they got the wildcat admitted to a hospital in a cage, said a senior forest officer.

A PTI report quoting the DFO said:"The animal is responding well to treatment and will be under observation for two days before it is released in the natural habitat.'