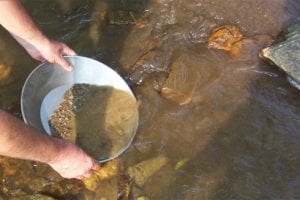 Believe it or not, Parasi block in Jharkhand has a huge quantity of 800 million tonnes of gold.This was admitted by Mineral Exploration Corporation (MECL) chairman-cum-managing director Gopal Dhawan.

However, the process to get it is highly costly as only one gram of gold can be extracted after excavation of one tonne of soil, says Dhawan.

This auction was announced on the concluding day of Jharkhand Mining Show where three MoUs were signed last year to set up cement and steel plants and explore minerals.State industries and mines secretary Sunil Barnwal is on record saying that Jharkhand would get around Rs 1,280 crore through this auction. "Now, the company (Rungta Mines) can start other processes, primarily mandatory clearances to start operations," he had said

Rungta Mines is a part of Rungta Group promoted by Ram Chandra Rungta. The group has businesses in real estate, education, steel, and cement among others.

As per the official record, the bidding process of this gold block was canceled twice in the past as competent bidders did not turn up.Following the Centre's revised rules, states concerned was entitled to get over Rs 90,000 crore against the auctions of mineral blocks. Jharkhand would get Rs 2,600 crore of which Rs 1,400 crore had been sanctioned.

A sizeable portion of the sum was meant to be spent on improving basic amenities and infrastructure in the area or district where mining operations are on.The Jharkhand government has formed a district mineral foundation trust.