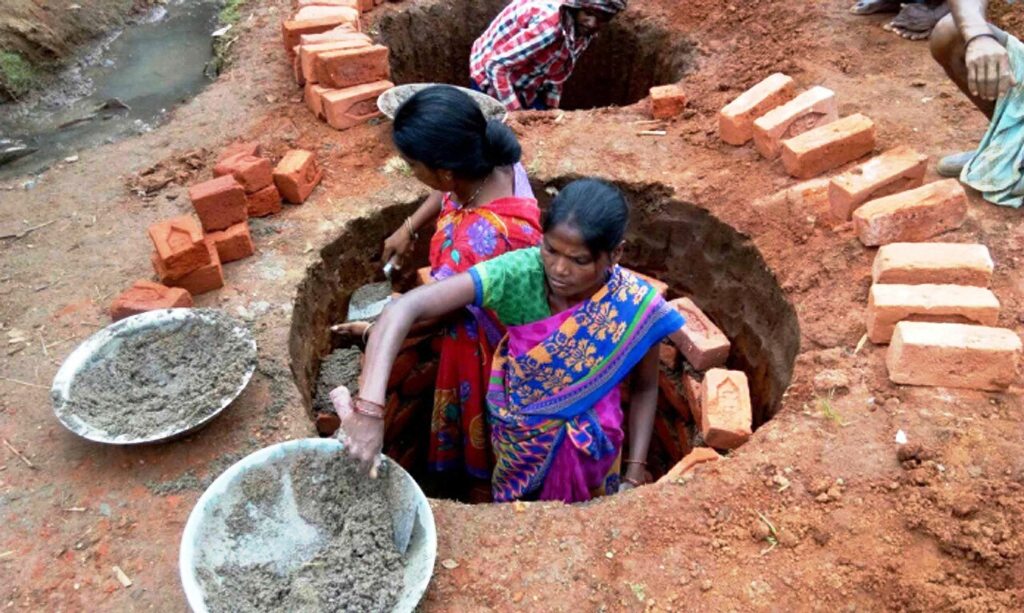 "I am a Rani Mistri", proudly says Nirmala Devi of Simdega district, Jharkhand. With an objective to meet the shortfall of masons to construct toilets, Jharkhand has developed a plan to create a pool of Rani Mistris (female masons), as part of the Swachh Bharat Mission Gramin (SBM-G).

The programme contributes to and supports the requirement of masons for the "Clean India" initiative. A lot of apprehensions crowded the minds of these women masons, as traditionally men worked as masons while women would only support them as unskilled labourers. But, with the support of the Ministry of Drinking Water and Sanitation, the SBM team developed a plan to create a pool of women masons, district by district.

It was a member of women Self Help Group (SHG) from Simdega district who coined the term – Rani Mistri(in place of Raj Mistri - male mason). Observing the success of this initiative, the Government of Jharkhand asked other districts to also create a similar pool of Rani Mistris and organise a Rani Mistri Sammelan on International Women's Day. On Women's Day of 2018 (March 8), women mason conventions were held in all districts of the state, seeing the participation of more than 100,000 women including more than 20,000 Rani Mistris.

A month-long Swachhta Sankalp Abhiyan was also planned by women SHGs where 70,000 women masons and SHG members lead the sanitation drive and reached out to all villagers to practice safe sanitation practices.  The outcome of that special drive was that around 200,000 additional households were given access to sanitation within a month.

Simultaneously, with the intention of speeding up verification of open defecation free (ODF) gram panchayats and ensuring sustainability of that status in Jharkhand, the ministry has taken an initiative to organize a Swachhta Sabha on the 2nd of every month to review the quality of sanitation maintained in all the villages. The meeting will focus on awareness, sustainability, ownership, and use of toilets. During these meetings, the cleanest house and ward are also recognized.

Further, in order to inculcate good habits right from early childhood and to promote hygiene and sanitation in all schools, Swachhta Diwas is celebrated in every school and Aanganwadi on the 19th of every month.  At this event too, awards are presented. As for higher classes, there are debates and discussions on sanitation with the involvement of the child cabinet and participation of parents.

As far as behaviour change is concerned, the State officials have employed various strategies to convince people to adopt safe sanitation practices and to build as well as use toilets. A number of CLTS (community-led total sanitation) training, as well as the use of regional/folk media to encourage the usage of toilets, have been implemented.  To keep the momentum going, there is a periodic follow-up by the mission's foot soldiers called Swachhagrahis.

People of Jharkhand are doing their bit to attain the tag of an open defecation free state by 2 October 2018, but also to sustain the quality of sanitation for the long run. At the same time, the initiatives of Ministry of Drinking Water and Sanitation are empowering the people in their mission of having clean villages and districts.