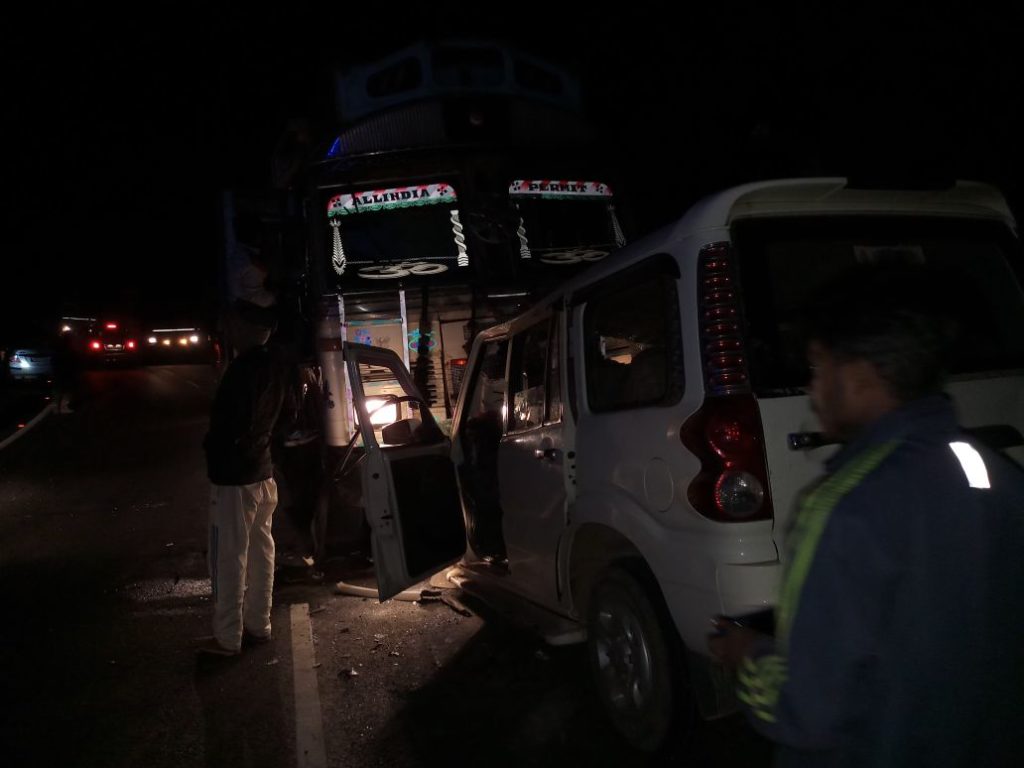 The traffic on Ranchi-Palamau and Ranchi- Chaibasa via Khunti highways remains dead during the night. This was mainly due to incidents of Naxal violence and road robbery, say the police in Palamau where three Maoists were shot dead in an encounter today.

Elsewhere in Jharkhand, the traffic was normal on all highways, says DGP DK Pandey In fact, due to fall in Naxalite violence across the state, the movement of small and heavy vehicles was on a higher mode, a feature recorded by the police during the past four years since 2014.

During 2001 -2011, the killing, extortion, burning of vehicles and loot committed by Naxals had badly affected business and trade. Worse, the traffic was badly hit. As a result, trucks, buses, and cars were never spotted during the night on many highways including Ranchi-Gumla -Khunti highways during the night.Khunti-Chaibasa and Kuru-Daltongunj in Palamau.

Today, the security forces shot dead three Naxals and two others. Reports claimed that they had surrendered after an encounter with security forces in Palamau, a senior cop said.

The police officer informed that the 'encounter' took place between the Maoists and a joint squad of the CRPF and state police in the Chatarpur police station area of Palamu district early on Monday.

The same police officer said:"Soon after the encounter, the bodies of three Maoists were recovered along with an AK-47 assault rifle, two self-loading rifles (SLRs) and another rifle."Two Naxals who were injured in the gunbattle have surrendered before the forces," he said. A search operation in the area is still on, he said.

As the darkness enveloped the sky during the night, the killing of these three  Naxals by security forces had brought no change as the highway between Kuru in Lohardaga and Daltongunj in Palamau remained free from movement of small, medium and heavy vehicles.

Is there anybody of the state police and administration hearing ?