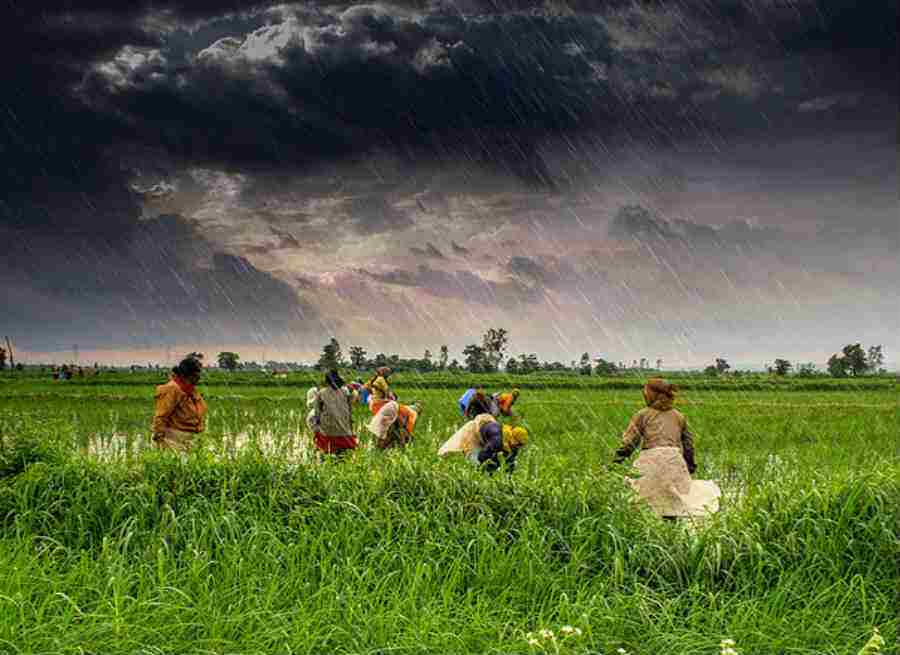 Sunil Batru(not a real name) has grown green plants of Cannabis(Ganja) to make fast bucks."We have been cultivating and selling Ganja for long", he says.

Batru,a tribal farmer, who resides in Gumla district of Jharkhand, is not an isolated case.In fact, he is among hundreds of farmers who cultivate, sell Ganja, a psychoactive drug from the Cannabis plant intended for medical and recreational use.

After they sell it, the buyers smuggled it and earned lollies. This was mainly because the demand of Ganja was high across the country and abroad. In eastern India, especially in Assam,West Bengal, Bihar and Jharkhand,it was most sought after by many students, saints and businessmen.

As it was an intoxicant item and cultivation,sake and purchase of Ganja was illegal,the police kept vigil and tried to enforce the law.This hit the headlines in Purnia and Begusarai(Bihar)today when  the police seized more than 2.5 tonnes of Ganja worth Rs 9 crore in international market.

More,as many as 12 drug peddlers were arrested during the past two days in these Bihar districts.

A joint team of Special Task Force (STF) and Directorate of Revenue Intelligence (DRI) are learned to have seized 1.3 tonnes of Ganja hidden in a ten-wheeled truck on NH-31 near Harda under Maranga police station area in Purnia district on Wednesday night.

The police was struggling to nab culprits.But a study conducted by a group of students of Ranchi University revealed that the number of culprits-cultivators, smugglers and smokers-were so many that it may be impossible to contain the crime.

In any case,the seized Ganja was worth over Rs 4.5 crore in international market.

The driver-cum-owner of the truck, Mohammad Zahiruddin Sheikh, and his helper Mohammad Eid Mubarakh were arrested. The truck was parked near a petrol pump on the national highway when it was raided by the STF and DRI sleuths.

“The 132 packets of ganja were concealed between two layers of tarpaulin used for creating canopy of truck,” sources said, adding the consignment was loaded at Guwahati in Assam by one Mithun Ghosh of Agartala in Nagaland.

It was to be delivered to Dharmaveer Rai of Tesaraia village under Bidupur police station area in Vaishali district and Anil Kumar Chaudhary of Babari in Katihar.

In another case, a joint team of STF and police seized 1.2 tonnes of ganja worth around Rs 4.5 crore in the international market from a truck at Janipur village under Balia police station area in Begursarai district on Tuesday.