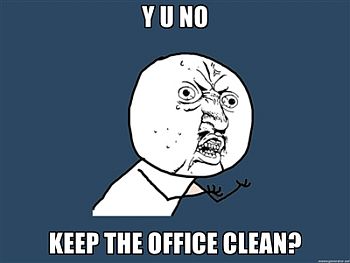 The red stains on walls,showing the presence of khaini(tobacco mixed with lime)and pan chewing men around,have been signs of unhygiene and indiscipline,a feature common to many government and semi government offices in Jharkhand.

During the past more than twelve years when this state saw as many as eight chief ministers and 12 chief secretaries,no measure was adopted to keep the corridors of the office free from these red stains.Even now when the President’s rule was in force,no effort was made to punish those men who were responsible to dirty the office premises with thes red stains.

“This is highly shocking.More so because in this state senior or junior officials have great sense to keep their residences spic and span.But they were just not bothered about the cleanliness of their offices”,said Randhir Singh,a social activist who is gearing up to file a PIL in the Jharkhand High Court seeking a ban on chewing khaini and pan inside any public place in Jharkhand.

“Even in market places,we find the roads and the earth surfaces soaked with spits and stains of pan and we are compelled to walk over them.This endangers the life of commoners”,adds Singh arguing that in Bihar,the Nitish Kumar government had banned eating/chewing pan and khaini in office premises.

‘Why cann’t the same law be invoked in Jharkhand’,asked Singh.