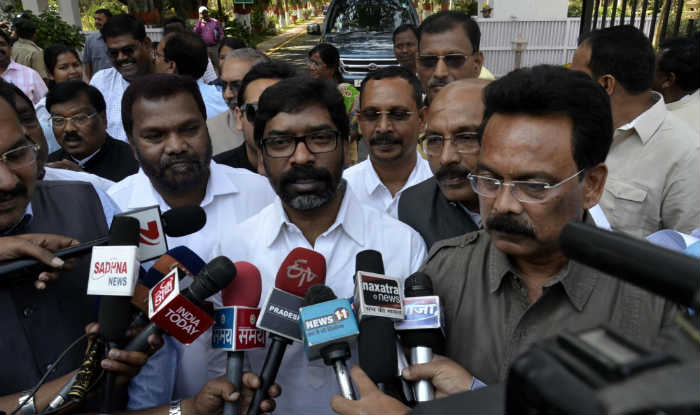 These parties have decided to enforce a day-long bandh across the state of Jharkhand on July 5 to agitate against the BJP ruled state government led by Chief Minister Raghubar Das.The aims are not only to mobilise their supporters and workers at the district, block and village level but also to highlight 'misgovernance' of the Raghubar government.

To confront them,the state unit BJP has criticised the Opposition leaders for calling bandh."Bandh is not pro-people.It is against the interest of workers, employees, students, teachers, shopkeepers and businessmen.We condemn the move",said state unit BJP spokesperson Pradeep Sinha.

Aware of their plan,the state police has deployed security forces in strength to maintain law and order across the state.'We will try to ensure law and order is not taken for a ride by anybody",said a senior police officer.

Earlier,the Congress had held talks with the JMM and the JVM to form a grand alliance for the next Lok Sabha polls

Asserting that the party wants to forge partnerships on a state-by-state basis, AICC in-charge of Jharkhand R.P.N Singh is on record saying Congress chief Rahul Gandhi has made it clear that the Congress would be looking at alliances at state-level with like-minded parties to take on the BJP in 2019.

"We are in talks with JMM and JVM. We would like a grand alliance in Jharkhand... with the JMM, JVM, RJD (Rashtriya Janata Dal) and other like-minded parties. We are in talks with all political parties and those things needed to be firmed up," the former Union minister said.