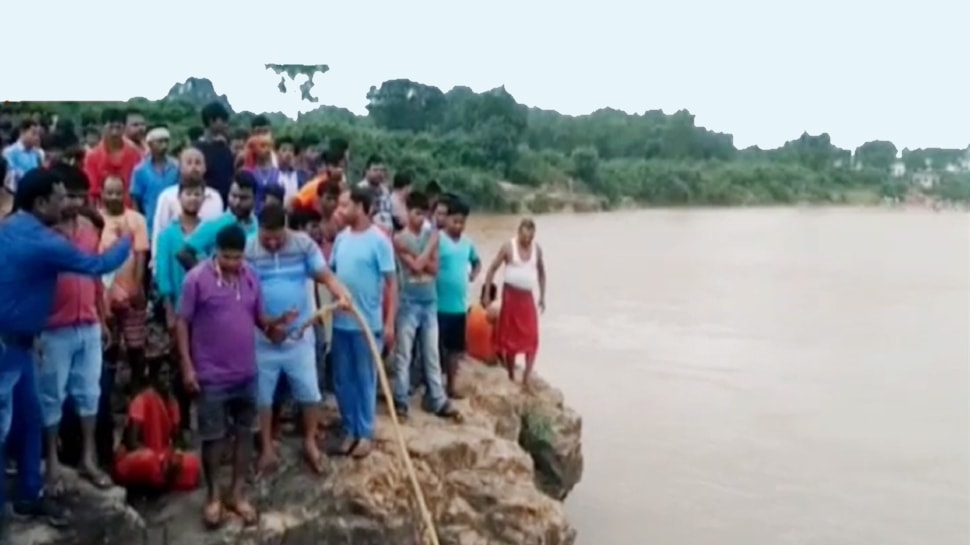 *People gather near the site where the mishap took place

Fourth Monday of the holy month of Shravan turned tragic when one child was found dead and four others were traceless in Mahane river near Bhadrakali temple in Chatra.

An investigation by the police revealed that divers found the body of one child while efforts failed to trace four other children. Their bodies were traceless so far. But efforts were still on to recover them", said a senior police officer.

As it is, a group of devotees including seven children had come to Itkhori to offer puja in the Bhadrakali temple this morning, the last Monday of the holy month of Shravan. Before offering prayers, they went to the nearby river to take bath.

"They appeared to have gone deep into the water as a result of which five of them were swept away. Two were rescued", said Deputy Superintendent of Police (HQ) Pitambar Singh Khairwar.

The body of one child was found while a search was on to trace the four others. Khairwar says that local fishermen and divers had initiated the search operation."Later, they were joined by divers of the National Disaster Response Force (NDRF)", he said.