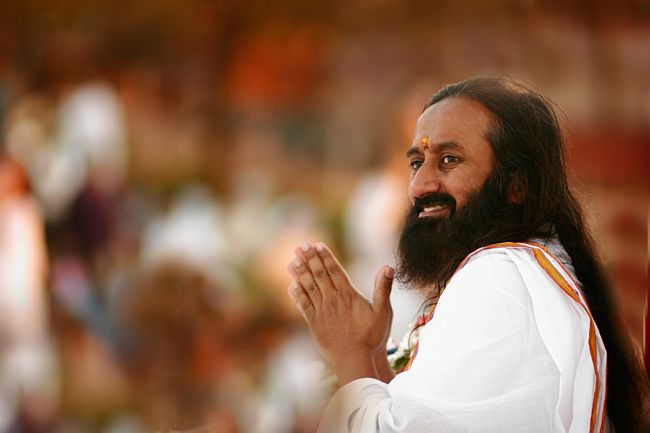 “Apart from making doctors and engineers,the parents should create good politicians”,said Shri Shri Ravishankar addressing the people who were present in a meeting organized by the Art of Living at Hendaljuri falling under Ghatshila block near Jamshedpur on Monday.

Prior to this he interacted with the media persons and said that in Gujrat and Himchal Pradesh the development was taking place,new opportunities were being created and the people were happy”,said Shri Shri.

“The main reason behind all these was that the politicians in other states (such as Jharkhand)kept themselves before the country and the party”,he said.

He expressed the view that the country should be free from the ban of liquor.”The liquor had spoiled literature and society both.Due to degradation of literature,the society was getting degraded”,he opined.