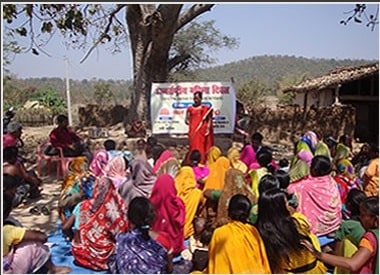 A woman bought a flat worth Rs 52 lakh. She paid only Re 1 for registration of the deed to the state revenue department. In other words, it is   'empowerment of women' via registration of land in Jharkhand.

In fact, a huge percentage of land/flat/house registrations are taking place in the name of women in this state. This was largely due to just one innovative decision of the state government led by Chief Minister Raghubar Das who has has brought this significant change.

The decision entails a rule that makes this provision-If the land worth less than Rs 50 lakh is registered in the name of a woman in any area of this state,he/she will have to pay just Re 1 as registration fee to the state government.

Prior to 2014,the land registration was a costly affair.The registration cost was determined by the value of land. Normally, it varied between four and six digits. There was no subsidy or freedom to make payment of registration amount.

The Land Registration office has recorded 34,145 registration of land deeds during June1,2017 and September 15,2018. Among them,19661 land deeds were registered in the name of women.

During the same period (2016-17),most of land deeds were registered in the name of men.As such,this positive Re 1 land deed policy is the biggest achievement of the BJP's Raghubar Das government.

No wonder,even though the Das government has lost huge sums of land revenue,the empowerment of these women was attained.So much so that representatives of the Nitish government, Bihar and Kejriwal government,Delhi have shown interest in adopting the same policy.