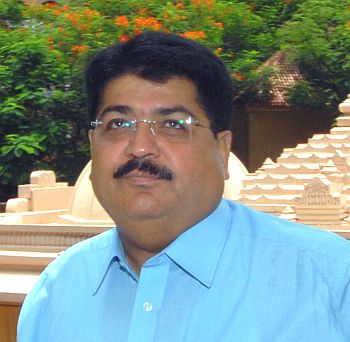 Jharkhand state has not reported any damage to crops due to recent unseasonal rains. Government of India has formulated a scheme ‘Private Entrepreneur Guarantee (PEG)’ for construction of additional storage capacity through private entrepreneurs, Central Warehousing Corporations (CWC) and State Warehousing Corporations (SWCs). Under this scheme, a capacity of 1.75 lakh tons has been approved for construction of storage godowns in Jharkhand.

Union minister of state (independent charge) for consumer affairs, food and public distribution K. V. Thomas informed Rajya Sabha Member Parimal Nathwani in the house yesterday.
Nathwani wanted to know whether recent unseasonal rains damaged crops and stored food-grains in the country as well as in Jharkhand. He also inquired details about the quantity of wheat and other farm products stored in the state.

The minister in his reply stated that a quantity of 219.39 tons of food-grains became non-issuable in Cover and Plinth (CAP) storage of Food Corporation of India (FCI) during 2012-13 (upto January 2013) due to rains; and added that no food-grains of FCI got damaged due to rains in Jharkhand.

Thomas further stated that as on February 1,a total 1.42 lakh tons quantity of food-grains was stored in covered godowns in Jharkhand. It included 4,355 tons of wheat; 57,217 tons of paddy and 80,829 tons of rice. No stocks under central pool was stored in CAP storage in open in Jharkhand, he added.