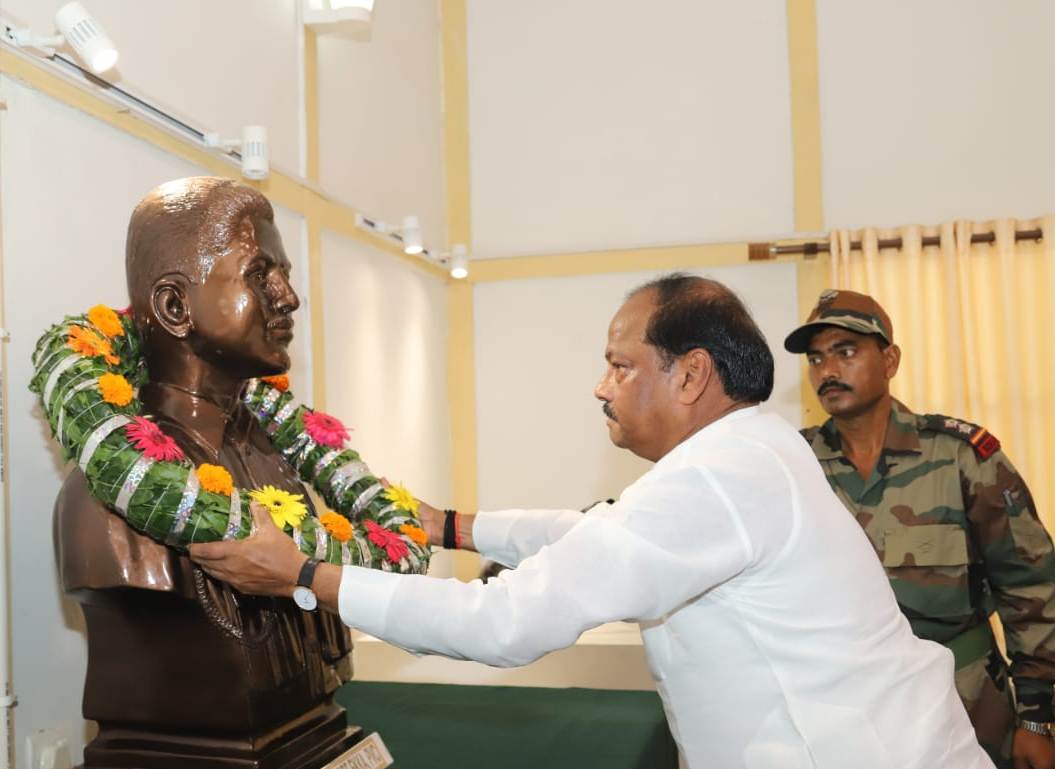 *All images by IPRD

Chief Minister Raghubar Das said that we should work to increase the morale of our army. He said that our government has worked to increase the compensation amount of Rs 2 lakh to 10 lakh rupees for the martyred jawans of the country. Their kin is also being given land to build house and job on compensation ground. The Chief Minister was addressing the Parakram festival, which is being held from September 28 to September 30 for three days organized in Audrey House, Ranchi. On this occasion, he did a signature for the brave soldiers of the Surgical Strike and also saw the exhibition in Audrey House by the Indian Army.

The Chief Minister said that the Parakram festival is being celebrated throughout the country. Today, in the year 2016, the brave soldiers of India had entered Pakistan and demolished the bases of the terrorists. He said that Jharkhand has given the country many heroic soldiers, it is the land of Albert Ekka and Bhagwan Birsa. We have to further increase its pride.

The Chief Minister said that country should be first for us whenever there is a need; we should be ready to give sacrifice for the country. The Chief Minister while bowing down to the soldiers of the country said that every person of India is grateful for your sacrifice. He said that our government is working to build the largest ever Memorial Park in the country, where the lives of all martyrs of Jharkhand will be written and a replica of Kargil war will also be made. Seeing that the youth of the state will understand their duty towards the country and their morale can also be increased.