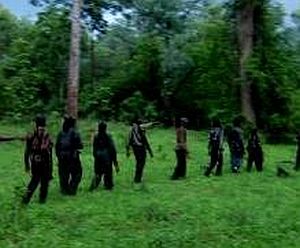 Dinesh Gope,chief of the People’s Liberation Army,is wanted by the police for long.Now,Governor’s Advisor K Vijay Kumar has directed the police establishment to bring him to justice.

Gope,who had founded the PLFI after parting ways with the CPI(Maoist),has support base in tribal inhabited areas of Jharkhand’s six districts –
Khunti,Simdega,Ranchi,Lohardaga,Palamau and Latehar.The police had reportedly intensified its efforts to nab him in these districts.

Each of these outfits comprising a group of armed and uniformed men and women especialise in kidnapping,dacoity,loot,arson and collection of levy from businessmen,traders,doctors and corrupt officials.Any body who dares not to pay levy is either killed or his property is set on fire.

And when the police nab any one of their cadres,the outfit calls bandh.In case,a reporter of a local newspaper declines to send the report of bandh,he is threatened of dire consequences.The terror was such that when a newspaper comes out with a story on bandh in advance,the normal life comes to a stand still in the entire area on the bandh day with the police looking the other way.

The President’s Rule or the rule of the popular government,the terror of these outfits hangs in the air of these areas.