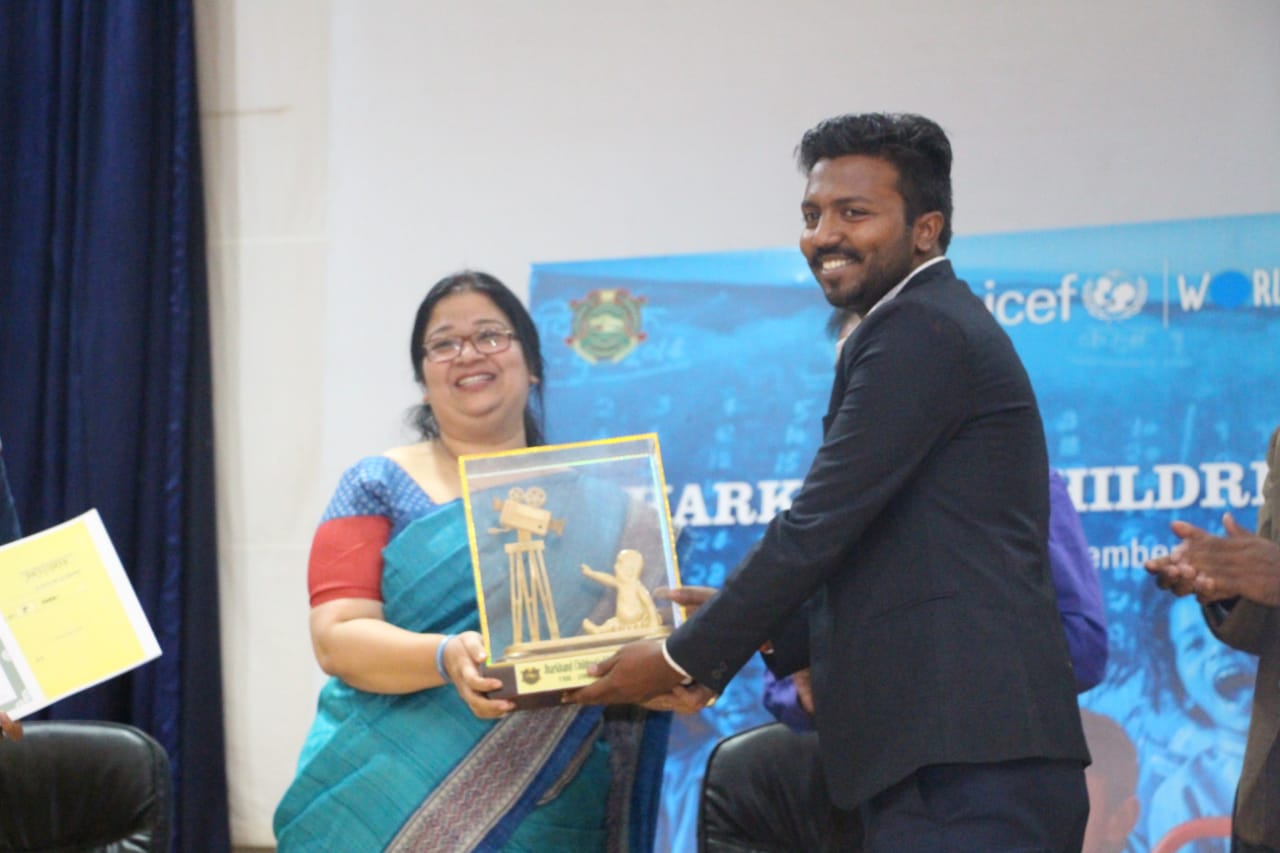 The concluding day of two days Jharkhand Children’s Film Festival (JCFF) at Central University of Jharkhand ended with a message of making films reflecting the sentiments of children from different backgrounds.

Prior to the film festival, a National Workshop on Cinema Aesthetics 2018 organized by UNICEF in partnership with CUJ was held. The Golden ‘Youth for Child Rights’ was clinched by “Chiraiya Chahe Aasmaan” by Manan Kathuria, Amity School of Communication with a cash prize of Rs.15,000.

The second prize, Silver ‘Youth for Child Rights’prize was bagged by ‘Laado’ by Md Sonu, Makhanlala Chaturvedi National University of Journalism and Communication, Bhopal with a cash prize of Rs.12, 000.