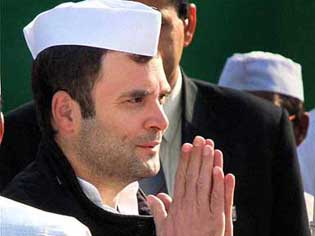 The Congress party may not find any thing wrong with its vice-president Rahul Gandhi’s marriage remarks.But those belonging to the Opposition BJP have sought to ridicule him.

By sounding like a revolutionary,Rahul had on Tuesday said:. “ I don’t have plans of getting married. If I have children, I will like them to take my place.”

This statement from him prompted BJP spokesperson Shahnawaz Hussain to raise a question today.”Does that mean those of us who are married are not capable of serving the nation,”asked Hussain.

In Ranchi,BJP leader and Jharkhand Assembly Speaker CP Singh quipped:”By saying that he has no plan to marry and have children,he had exposed himself to the charge that he is escapist”,said Singh.