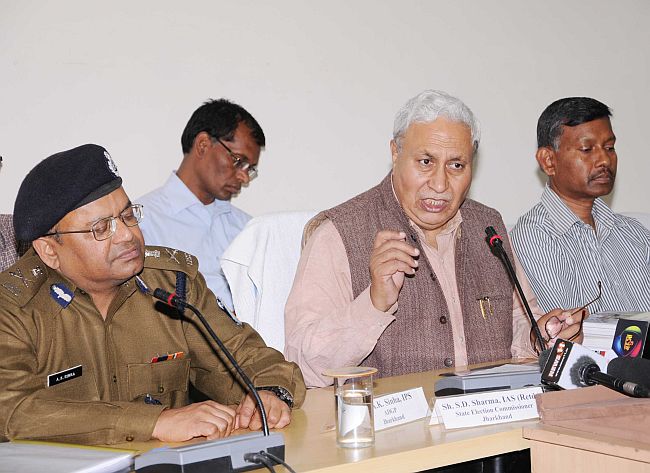 These polls slated to be held next month to elect representatives of 582 wards in 3786 polling stations in 22 districts,said State Election Commissioner SD Sharma in a press conference today.

Among these booths,Ranchi will have the maximum 1830 booths while Saraikela-Kharsawan will have just 22 booths.”By April end ,the entire electoral process will be completed and results announced”,said Sharma.