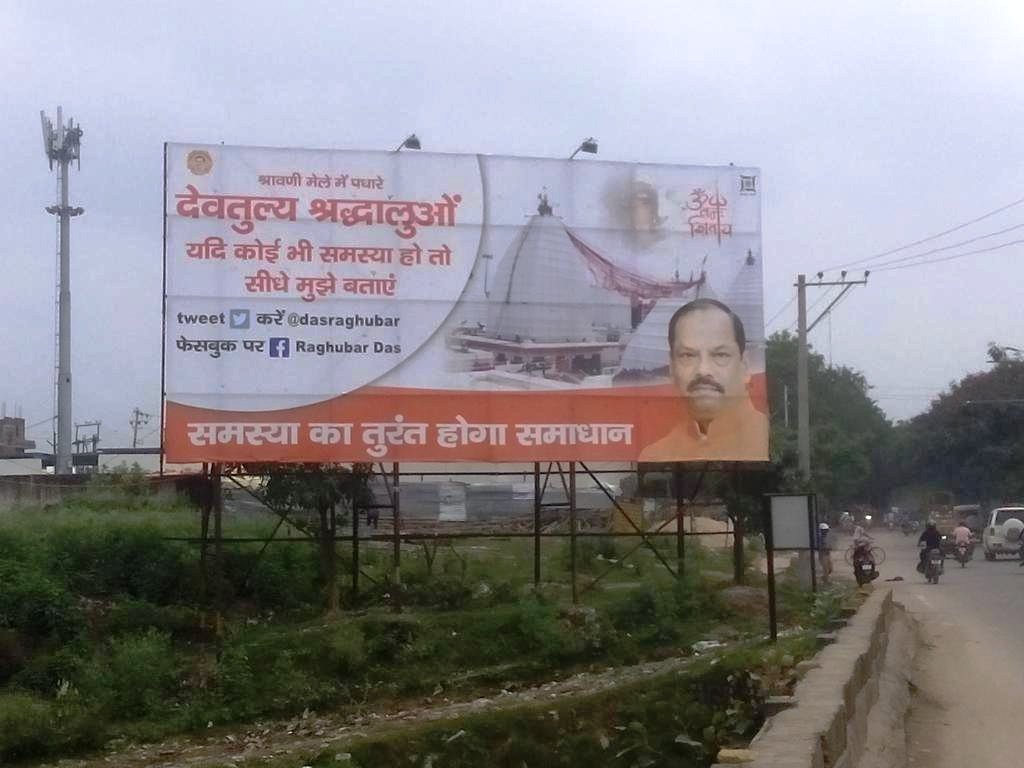 As the new year 2019 begins, the BJP government led by Chief Minister Raghubar Das, who had completed four of five years of its tenure, is facing widespread criticism mainly for two reasons.

One, the Raghubar government has spent huge sums of public fund for its own publicity and thereby the bbc.com dubbed it  as "Vigapanwo Ki Raghubar Sarkar"(Raghubar govt is publicity centred)

During the past four years, the Raghubar government has spent more than Rs three hundred crores on publicity. This information was made available by the Information and Public Relations Department under the Right to Information Act 2005.

In response to an application filed under RTI by Koderma based citizen Onkar Vishwakarma, the state government's Additional Secretary Rameshwar Leyangi stated in a letter stating the state government had allocated  Rs 323.76.81 crore during 2014-20018( December 12). A large sum of this amount was already spent, said the government officer.

While the state government has defended its move saying 'it has launched and implemented many development schemes and as such the people needed to get informed about it. Publicity was made for the people."

The opposition leader considers the move as the use of public funds for 'self-publicity."Many poor people have died due to starvation. Their kiths and kins and others who belong to the farmer and labour community need food and employment. They do not need to see pictures of the corrupt CM Raghubar Das. All advertisements were made to show his face and name. Its shame", says opposition leader Hemant Soren.

Since 2019 is the year of Lok Sabha(May-June) and Assembly(October-November-December) elections, the Raghubar Das government may face a tough time to retain its party BJP's status though it claims to have implemented 'many' development schemes in Jharkhand.

In fact, never in the past 18 years of its establishment, the state government had spent such a huge amount through its Information and Public Relations Department. That is not all.

In its report, the Comptroller and Auditor General has, in its audit on the execution of two schemes of the department of agriculture,animal husbandry and cooperative,stated the department failed to furnish 'records relating to the procurement and 'distribution of technical inputs(mineral-mixture or proposed fodder for cattle) valued at Rs 43 crore for 2012-2016   despite several requisitions."