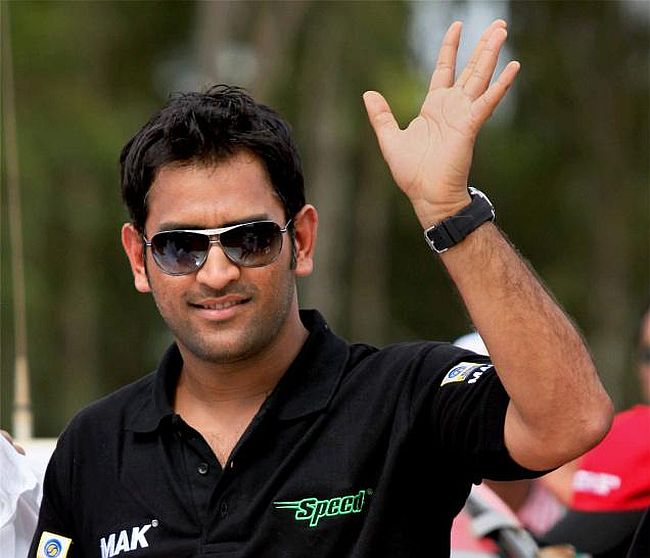 The India’s victory by 135 runs in second test match in Hyderabad,was visible on his face.He appeared relaxed and got himself photographed with children after landing in Ranchi on Wednesday.

Before he leaves to lead India in the third test match against Australia at Mohali on March 14,Dhoni is expected to visit Deori Mandir-the temple of Goddess Durga-to seek Her blessings.