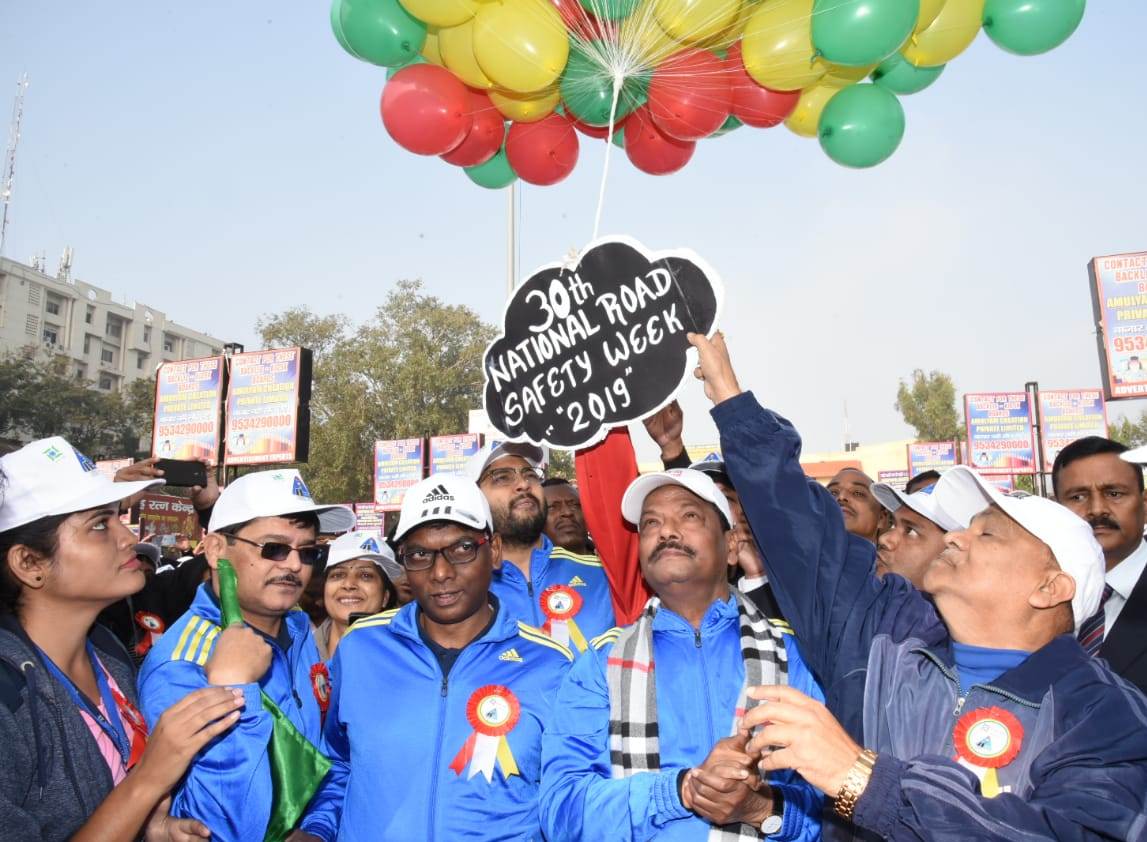 The 30th National road safety awareness week was kick-started with  “Run for Safety” by Chief Minister Raghubar das from Sainik Market, Ranchi, Addressing in the event, he said the youth of the country and the state are valuable resources. Do not follow the law because of fear but because you are a good citizen. The youth can change this society. If every citizen of the state adheres to the traffic rules then Jharkhand without road accident can be built.

Use a helmet while riding two-wheelers and use a seat belt while driving a car. This is essential for your safety. We cannot change society just by law, but awareness is also an important contributor to it. Road Safety Week is being organized throughout the state so that citizen can be aware of the traffic rules. The Government is making such rule under which if you caught three times without seat belt while driving car then your license would be canceled. The Transport Department is now trying to make people aware of traffic rules with the law.

Minister C.P Singh said that the government is trying to implement the rules of traffic through various means. There is a death every 3 days. We have to do such a thing that there was a huge drop in the figures of the accident. Youth and teenagers triple ride two wheeler without a helmet. This is not right. Follow the traffic rules, not to avoid police but to protect yourself. The Government wishes that you be healthy and safe.

Secretary Transport Pravin Toppo said that there are 12 road accidents every day. The main cause of death is not wearing a helmet. Wear a helmet, it is very important. The purpose of this program is to make people aware of the traffic rules and follow them.
Deputy Commissioner Ranchi Rai Mahimapat Ray said that for the first time, any Chief Minister's arrival was made in this kind of program. It is important to follow traffic rules.