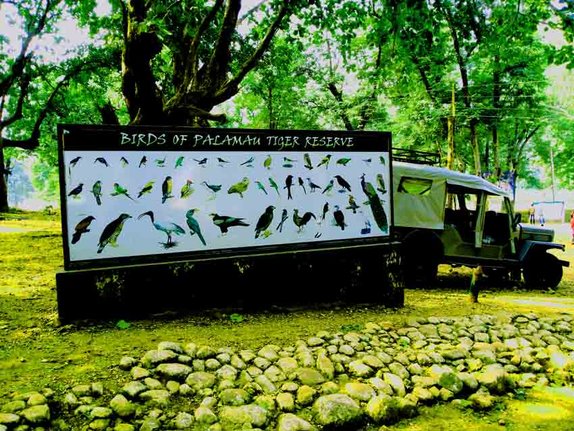 Raghubar Das government is struggling to spot the tiger in its famous forest -Palamau Tiger Reserve. The forest department has not made any success in spotting the big cat in its vast area under the jurisdiction of the PTR.

"So far we have not seen it", said a senior officer of the forest department. But there is evidence that there was a tiger caught on camera in Palamu Tiger Reserve after a gap of about 10 months.

It is learnt that the tiger on camera was spotted inside the forest of PTR’s Chhipadohar East Range on the intervening night of February 17-18.

Field Director PTR Mohan Lal said, “Our officials have told me this in no unequivocal tone.” Lal said he too was most worried about the big cats not seen here since long and there were too many versions for it.

In fact, the prolonged absence of the big cats in PTR since April 2018 had sent in tremendous worries among the PTR officials and at the Ranchi PCCF office. However, the camera trapping of the tiger has come as a big shot in the arm of the PTR officials,it seems.

Though PTR officials are busy looking for scat of this tiger on camera, villagers say they have not spotted any tiger inside PTR for long.

Yet, the reported camera trapping of the tiger has enkindled the hopes of the PTR officials who were getting contented till recent past to have another carnivore in leopard, whose presence in PTR is now most noticeable.