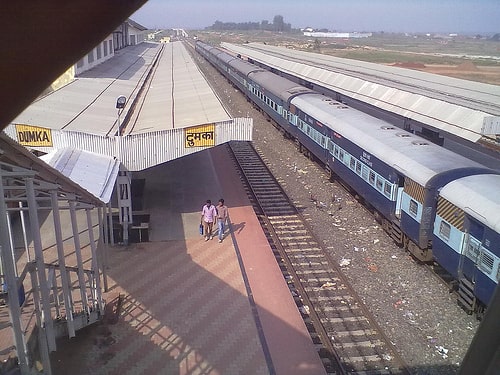 In reference to the letter of Chief Minister Raghubar Das, Mr Harish Pavaria, Director, Railway Board, New Delhi, has issued a directive that all six districts of Santhal Pargana area and railway stations falling under East Singhbhum district of Kolhan region will announce general information of railway in Santhali language along with Hindi.

Chief Minister Raghubar Das, through a letter to the Union Railway Minister Piyush Goyal on 27th February, had requested to announce general information of railway in Santhali along with Hindi in all six districts of Santhal Pargana and railway stations falling under East Singhbhum district of Kolhan region. The Chief Minister had written in his letter that in the prime ministerial term of the late Atal Bihari Vajpayee, the Santhali language has been included in the eighth list of the Constitution.

It is to be noted that the Chief Minister had instructed to write the name of all government offices, schools, Colleges in Santhali along with Hindi of all six districts of Santhal Pargana which includes, Dumka, Deoghar, Pakur, Godda, Jamtara and Sahibganj and also areas of East Singhbhum with Santhali population

CM has said that this will facilitate grasping of information easily and a sense of pride in their language.