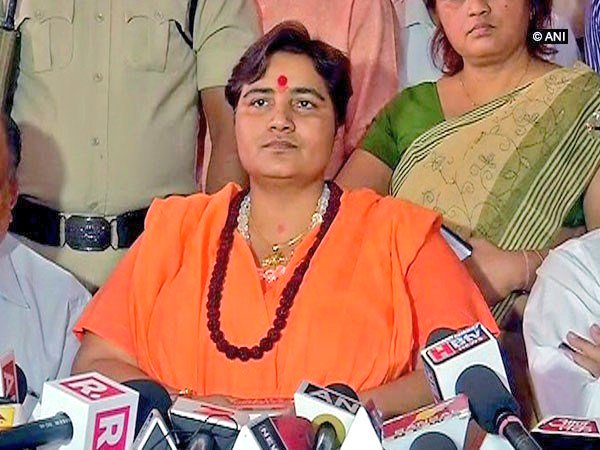 "Congress was in power then. Everyone knows that ATS was under pressure," Mr. Raut told news agency ANI.

Defending Pragya Thakur, Mr. Raut said that people should feel her pain. "We should understand Sadhvi's feelings and her pain," he added.

Hitting out at the Congress for using the word "Hindu terror", the Shiv Sena leader said that the action against Pragya Thakur was unjustified. "The way the woman was harassed and tortured, it does not fit in any rule of law. Then you (the Congress leaders) started using words like Hindu terror!"

The Shiv Sena leader said that terrorism has no religion and it was unfair to link terrorism to any religion. "We never supported linking terrorism with any religion," he said.

On Friday, Pragya Thakur said that Hemant Karkare lost his life in the 26/11 Mumbai terror attack because she had cursed him. "I called Hemant Karkare and asked him to let me go if there is no evidence (against me). He (Karkare) said that he will bring evidence but will not leave me. I told him -- You will be ruined," she had said.

Pragya Thakur is among the seven accused facing trial in Malegaon blast case. Six people were killed and a dozen others were injured after a bomb placed on a motorcycle exploded in Maharashtra's Malegaon on September 29, 2008.

She was arrested in 2008 but was exonerated by the National Investigation Agency in 2016 for lack of evidence. However, the trial court refused to let her off, saying it was difficult to accept since her motorcycle was used in the blast.