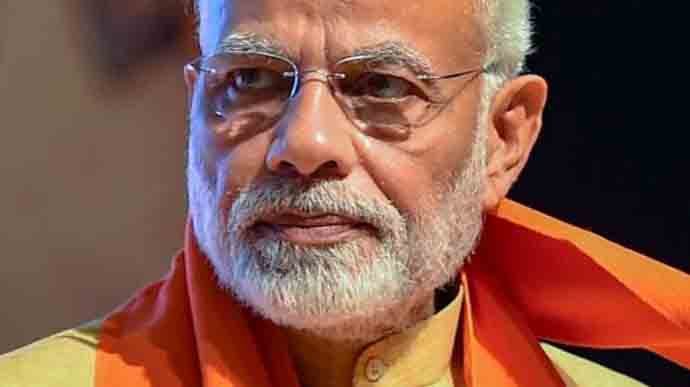 My family of 8 lived in a 40x12 feet house – it was small, but enough for us. Our days began early, around 5 AM when my mother would provide traditional forms of curing and healing to newborns and small children. Through the night my brother and I would take turns to keep the ‘chula’ going for her to use. She didn’t have the fortune of getting an education, but God was kind and she had a special way of curing ailments. Mothers would line up outside our house every morning because she was known for her healing touch.

Then, I would open my father’s tea stall at the railway station, clean up and head off to school. As soon as school ended, I would rush back to help him, but what I really looked forward to was meeting people from all over the country. I would serve them tea and listen to their stories – that’s how I learnt to speak Hindi. I would hear some traders speak about ‘Bambai’ and wonder, ‘Will I ever get to see the city of dreams?’

I was always curious – I would go to the library and read everything I could get my hands on. I was 8 when I attended my first RSS meeting, and 9 when I was a part of an effort for the betterment of the lives of others – I set up a food stall with my friends to help the victims of the floods in parts of Gujarat. I wanted to do more, but I was aware that we had little means.

Still, even at that age, I strongly believed that God has made us all alike. It didn’t matter what circumstances I was born into, I could be something more. So when you ask me, what my struggles were, I’ll tell you that I had none. I came from nothing, I knew no luxury and hadn’t seen a ‘better’ life, so in my small world...I was happy.

If the way was ever difficult, I made my own way. I had a great need to look sharp and groomed. So, even though we couldn’t afford an iron, I would heat some coal, use an old ‘lota’, wrap a cloth around it and press my clothes – the effect was the same, then why complain?

This was the beginning of everything that I am today and I didn’t even know it at the time. So if you ask the 8 year old Narendra Modi, running around serving chai and cleaning his father’s tea stall, whether he even dared to dream about becoming the Prime Minister of India, his answer would be no. Never. It was too far to even think about.

While growing up, I had a lot of curiosity but very little clarity. I would see army men in their uniforms and think that this was the the only way to serve the country. But as my conversations with the saints and sadhus at the railway station grew deeper, I realised that this too was a world worth discovering.

I was undecided, unguided and unclear -- I didn’t know where I wanted to go, what I wanted to do and why I wanted to do it. But all I knew, was that I wanted to do something. So I surrendered myself to God and left for the Himalayas at the age of 17. I bid goodbye to my parents as my mother gave me a sweet dish before I left and put a tilak on my forehead to bless my journey.

I went wherever God wanted to take me -- it was an undecided period of my life but still, gave me so many answers. I sought to understand the world, to understand myself. I travelled far and wide, spent time at the Ramkrishna Mission, met sadhus and saints, stayed with them and began a discovery, inwards. I moved from place to place -- I had no roof above my head, but still never felt more at home.

I would wake up during Brahma Mahurat, between 3 and 3:45 am, and take a bath in the freezing waters of the Himalayas, but still feel the warmth. I learnt that peace, oneness and Dhyan can be found, even in the simple sound of a waterfall. The sadhus I lived with taught me to align myself with the rhythm of the Universe.

So that’s what I did -- I aligned and experienced revelations that help me till today. I realised that we’re all tied down by our thoughts and limitations. When you surrender and stand in front of the vastness -- you know that you’re a small part of a large universe. When you understand that, any trace of arrogance you have in you melts and then life truly begins.

That’s when it all changed. After two years, I returned home with clarity and a guiding force to lead the way.

After coming back from the Himalayas, I knew that I wanted my life to be one that is lived in the service of others. Within a short span of returning, I left for Ahmedabad. It was my first brush with living in a big city – the pace of life was very different. I began my time there by occasionally helping my uncle at his canteen.

Eventually, I became a full time Pracharak of the Rashtriya Swayamsevak Sangh. There, I got the opportunity to interact with people from different walks of life and do a wide range of work. We all took turns to clean the RSS office, prepare tea and food for colleagues and clean utensils.

Life was rigorous and busy. But amidst all of my duties, I was determined to not let go of my learnings from the Himalayas. To ensure that this new phase of life didn’t take over the sense of peace that I achieved there, I decided to take out some time every year and introspect. It was my way of maintaining a balanced life.

Not many people know this, but I would go away for the 5 days of Diwali. Somewhere in a jungle – a place with only clean water and no people. I would pack enough food to last for those 5 days. There would be no radio’s or newspapers, and during that time, there was no TV or internet anyway. I would reflect – and the strength that this alone time gave me still helps me to handle life and its various experiences. People often asked me, ‘Who are you going to meet?’ And I would say, ‘मैं मुझसे मिलने जा रहा हूं।’

Which is why, I always urge everyone, especially my young friends, in the midst of your fast paced life and busy schedules, take some time off…think and introspect. It will change your perception – you will understand your inner self better. You will start living in the true sense of the word. It will also make you more confident and undeterred by what others say about you. All of these things will help you in times to come. So I just want each and every one of you to remember that you are special and that you don’t have to look outside for the light...it’s already within you.