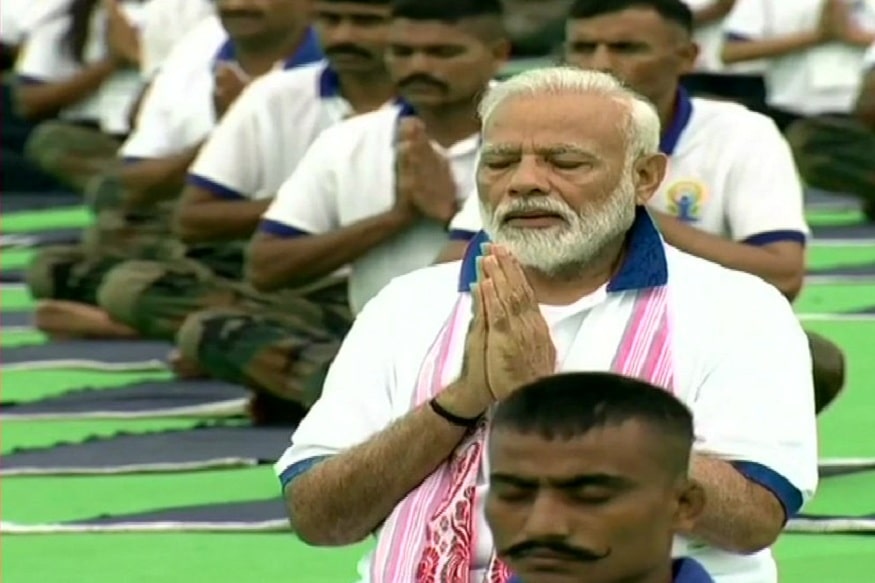 While he did Yoga for 45 minutes with them, he made notable observations. One, he said, he wanted to take and make yoga an integral part of the lives of the poor and the Adivasis(Tribals).

Two, he said, diseases make a poor person poorer. and as such he wanted to take Yoga from cities to the villages, to the jungles, to the poor and Adivasis.

Three, Modi opined that Yoga belongs to everyone and everyone belongs to Yoga. It is beyond religion and faith.

Four, he said, "Let our motto be -Yoga for peace, harmony and progress.

Fifth, he disclosed that his government is planning to make Yoga as part of preventive healthcare for heart ailments and wellness. He also stressed on the need to strengthen research on Yoga.' The world is accepting Yoga, we also have to further research on it", he opined.

At the venue,4oo makeshift toilets, over 400 drinking water kiosks, eight medical units,21 ambulances, a team of disaster and rescue team and 28 giant screens were put up. All schools remained closed on the International Yoga Day.

Preparations have been going on for over a month during which the entire state administration headed by Chief Minister Raghubar Das, Ranchi district administration, Chief Secretary, DGP and other officials were learnt to be on their toes. How much of public fund was spent? It is a 'non-issue', said a senior IAS officer on condition not to name him."In view of far-reaching positive implications of this PM Modi led International Yoga  event on the people of the nation in the world at large."

As the program ended successfully, all of them heaved sigh of relief.