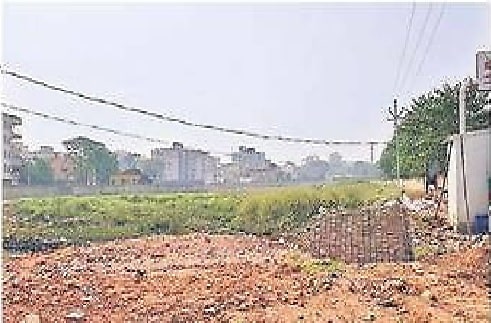 The empty land near Sahjanand Chowk in Ranchi, less than a kilometer away from the hose of cricket star MS Dhoni, is the venue of a greenfield project of the BJP government led by Chief Minister Raghubar Das. The project envisages construction of a 5-Star Hotel there.

Already, after Das had made an announcement toward this end early this year, the owner of this land State Housing Board had invited proposals from hotel groups for construction of a hotel at Sahjanand Chowk. Result?

Taj Group and Hyatt group are learned to have expressed interest. In fact, these groups have sought information from the Board about the size of the land where the hotel can be set up and expected terms and conditions.

Other groups who had shown interest were Ramada group, Lemon Tree Premier, Ginger Hotel, BK group and BNR.As per the Board's proposal, the five-star hotel will come up at an area of 2 acres.

The Board is ready to lease the proposed land (2 acres) at an estimated cost of Rs 33 lakh per decimal. Toward this end, the Board has conducted a pre-bid meeting. It was attended among others by representatives from various hotel groups and Board Managing Director (MD) Brijmohan Kumar.

Reports revealed that Kumar had briefed details about the project and development taken in the construction of the hotel. Kumar after the presentation briefed the hotel group representatives about various suggestions.

“Out of a total of 5.5 acres of land, in the initial phase, we will provide 2 to 4 acres of land for construction of the hotel. The group, which will be selected for the project has to complete the project within three years,” says Board chief Kumar.

Kumar further said, “The hotel will have all the features of a five-star hotel. There will be 120 rooms with adequate parking facilities for visitors.”

At the pre-bid meeting, some hotel groups had questioned that the land lease price (Rs 33 lakh per decimal) fixed by the Board was too high. In reply, the Board officials pleaded that they had no role in fixing the land price.