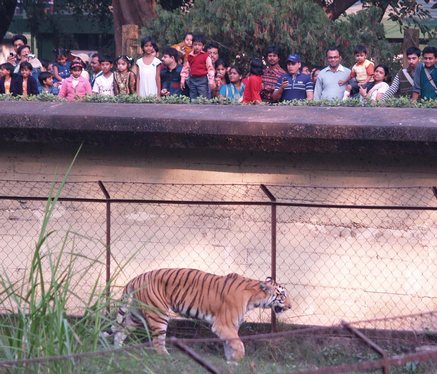 Believe it or not, behind public eyes are the smile on the face of a senior forest officer. The subject was the presence of 'five tigers' in Jharkhand, as per All India Tiger Estimation(AITE)-2018.

This report was disclosed by Prime Minister Narendra Modi. Jharkhand has one GoI recognized center Palamau Tiger Reserve where nobody had spotted any tiger for long.

But forest officials now claim that 'locations' of five tigers indicated in the All India Tiger Estimation (AITE)-2018 report were outside Palamau Tiger Reserve (PTR).

The officials have claimed the presence of three tigers including two males and a female at the PTR, which did not find mention in the AITE.

The AITE, released by the Prime Minister Narendra Modi on July 29 (International Tiger Day), said Jharkhand had five tigers but no tigers had been recorded at the PTR during the estimation period.

'This is funny. Isn't it', asked another retired forest officer. In a press statement, forest department officials said the location details provided in the AITE showed indication of a tiger near Hazaribag and another four near Saranda forest.

Do you accept their argument? Or you too laugh at them knowing they were trying to save their face against the grim backdrop that there were no tigers visible anywhere in Jharkhand.