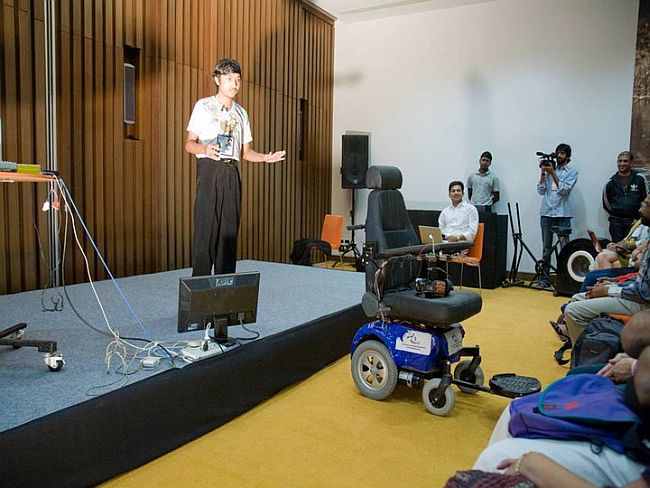 He has done what many of his age had not.Twenty year old Susant Pattnaik has invented several new devices since his high school days.

Son of a veterinary doctor from Bhubneshwar, he has featured in the investors list of MIT,addressed students of IITs and has founded a couple of companies to market inventions.He has a nodal NGO for innovators like him.

Susanto who has earned a sobriquet of ‘serial entrepreneur’,was awarded by President Pranab Mukherjee.His innovative devices include wheelchair that operates through breathing and anti-theft mechanism for cars.

“I have just signed a Rs.50 lakh deal with a company to market the car security system I have developed”, Pattnaik informed enthusiastically while showing off his innovations at the exhibition of grassroots innovators at Rashtrapati Bhawan campus. He is among top winners of the seventh National Grassroots Innovation Awards, given by the National Innovation Foundation.