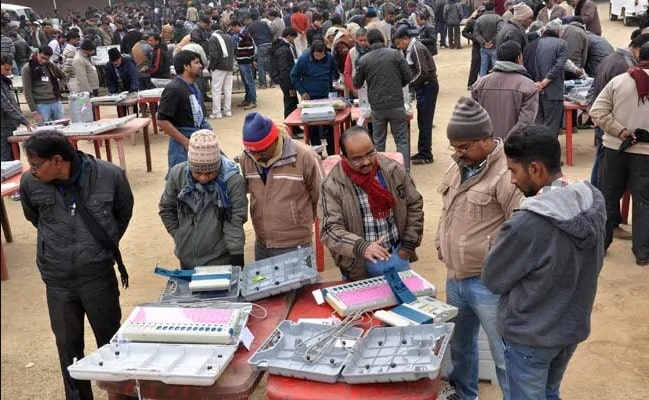 At a time when a  five-member team of the Election Commission is reviewing the Assembly poll preparations in Jharkhand, the state administration is gearing up to get licenced firearms deposited at holders' police stations from October 25 onwards.

"In case, any holder will not deposit firearms, he/she will lose licence", said a senior Police officer in Ranchi.

Alongside,while the EC representatives were meeting representatives of political parties,they had held meeting with Chief Electoral Officer of Jharkhand and discussed multifarious issues related to provision of Assured Minimum Facilities(AMFs) at the Polling Stations,strengthening of manpower and infrastructure of CEO's office,filling up of all vacant positions of elections functionaries at the field level,availability of EVMs/VVPATs and other election material,adequate budget provisions,Voter Helpline and other IT related Applications.

This was followed by a comprehensive meeting with Chief Secretary, Home Secretary and DGP

The discussion centred around the imperative of imparting robust and comprehensive training to all levels of election-related officials on the entire spectrum of election-related matters including ERO-NET, BLO-NET, revision of electoral rolls and implementation of IT-applications like Subidha, Samadhan, Sugam and C-Vigil App as also Electronically Transmitted Postal Ballot System.

Since all these electoral measures were successfully operated during the recently concluded Lok Sabha elections, the state CEO, CS, DGP and Deputy Commissioners may not lack skill and experience to conduct free, fair and peaceful Assembly polls in Jharkhand.

The schedule of the Assembly polls is expected to be announced by the EC before Diwali.