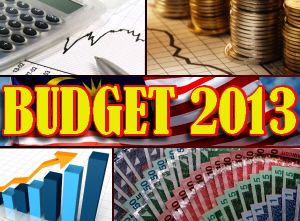 Out of this `2,351.90 crore will flow to the State from Central Plan Schemes and Centrally Sponsored Plan Schemes of the Government of India. The sectoral allocations of the State Plan have been determined keeping in view the felt needs of the people and with a view to give a boost to the developmental activities in the thrust areas.

Chidambaram louded the fiscal amangement of the state government and said that inspite of political instability, governance deficit and collapse of institutions that have plagued the State,Jharkhand,unlike many other states,” appears to be on the path of fiscal prudence.”

Electricity. Electricity Board (JSEB) will be unbundled and new liability-free generation,transmission and distribution companies will be set up. Power Finance Corporation,a CPSU, is on the job and means will be found to take care of the financial restructuring of the existing DISCOM, which is JSEB. Patratu-Koderma 400 KV, Koderma-Giridih 220 KV, Tenughat-Hazaribagh 220 KV and Dumka-Godda 400 KV Transmission Line Projects will be implemented in PPP Mode with Viability Gap Funding.

The distribution franchises, which have already been appointed for the city of Ranchi, Jamshedpur and 14 rural circles, will be extended to the cities of Deoghar,Hazaribagh, Bokaro and Dhanbad and 12 more rural circles. The project for expansion of Patratu Thermal Power Station, a State entity, by 1,320 MW on Case-II bidding basis will be put on fast track. I hope the situation in the power sector will improve substantially as a result of the above measures.

Road.The execution of 23 Km long segment of Ranchi Ring Road project connecting NH-75 with NH-33 to be fast tracked. The other missing link of 84 Km Ranchi Ring Road is actually the bye-pass of NH-33, this work already stands awarded. The construction of this section will start very shortly. The two segments together will complete this ambitious project and will go a long way in serving the needs of the capital city, Ranchi.

Widening and strengthening of 100 Km Daltonganj-Aurangabad NH-98 and 48 Km Barhi-Rajuali NH-31 will be expedited for execution in PPP Mode with Viability Gap Funding from Central and State Governments. By-pass roads for the towns of Godda, Pakur, Deoghar, Giridih, Chaibasa, Lohardaga and Khunti will be sanctioned and executed in 2013-14 with ADB funding. To improve connectivity in LWE-affected Areas, 22 out of 24 road projects under Road Requirement Plan are to be completed in 2013-14 involving an expenditure of `805 crore.

The terrain of Jharkhand is also full of small seasonal rivulets. We intend to exploit their potential by constructing a series of cascading check-dams. 940 such ongoing projects will be completed. 200 new minor irrigation projects will also be taken up. This will enhance irrigation potential by another 20,000 hectares.