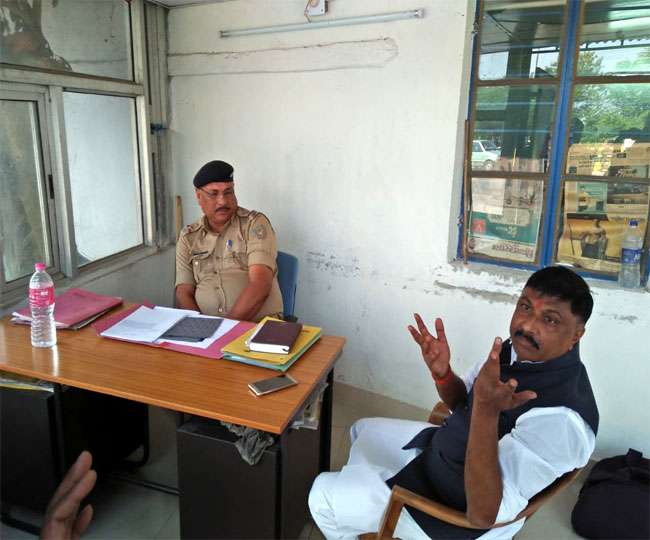 BJP man Akhilesh Tiwari was arrested on the charge of illegally possessing cartridges of .315 on way to Delhi by the Vistara Airlines at Birsa Munda Airport in Ranchi.

Tiwari, who was taken into custody after recovery of -315 cartridges from his bag during security check-up at Birsa Munda Airport on Thursday, is a resident of Ornar village under Chainpur police station in Palamau."The cartridges were spotted by the scanner", said an Airport officer.

"Immediately after its recovery, he was taken into custody", he added. Interrogations revealed that he owned a gun license.

"He told us that by mistake, this cartridge was kept by his wife  in the bag during cleaning work", he reportedly told the police."We took him into custody after he was handed over to us with a bag of cartridges", said Sub Inspector Ramesh Giri.

Akhilesh was booked and sent to jail since the Election Code of Conduct was in force and he was carrying these cartridges in his bag illegally for going to Delhi by Vistara flight. The FIR was lodged against him and sent to jail.