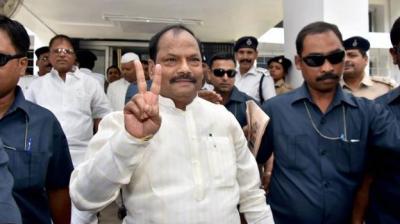 Contrast is too visible to be missed. The ruling BJP has withheld the seat of the party MLA and Minister Saryu Rai.

Rai has been fighting against corruption for long. Alongside this,it has awarded a ticket to Bhanu Pratap Sahi who is out of jail on bail in a mega corruption case inquired by the ED and CBI.

Rai who had played an active role in exposing Bihar Ex-CM Lalu Prasad Yadav and ex-CM Jharkhand Madhu Koda who was charge-sheeted, jailed in corruption cases, is the state Food and Civil Supply Minister and represents Jamshedpur(West ) Assembly seat in Jharkhand Assembly.

Worse, the ruling party has allocated a seat to Shashi Bhushan Mehta, Principal of a Ranchi based school, who is facing a serious charge of murder and rape of a teacher. She was employed by his school.

Insiders who were senior BJP leaders crib complain that Mehta was given a ticket on the recommendation of the chief minister Raghubar Das. In fact, even Shah who was charge-sheeted by the ED and CBI was recommended by Das.

"Most of the seats were either allocated or denied tickets on recommendations of Raghubar Dasji. The party's high command believes in him. That's it", said a senior BJP leader.