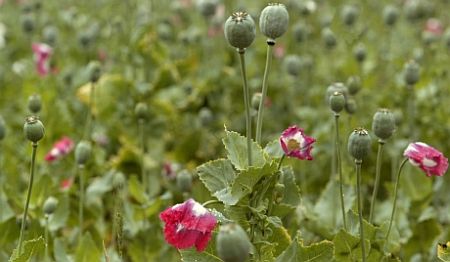 The arrest of two tribals from Hahap Panchayat under Namkom police station in Ranchi on Thursday indicates that a mafia was using culture system to cultivate and sale opium in Jharkhand.

As it is, the culture system was a Dutch government policy in the mid-nineteenth century for its colony in Indonesia.As per this system,the Indonesian farmers,instead of paying land tax,had to use 20 percent of their land to cultivate crops meant for export by the Dutch government.

To enforce this policy,the Dutch government owned plantations for 60 days of the year by financing the cost of seeds,fertilizer and so on to the farmers who in turn used their land and labour to cultivate the crops,harvest them and hand them over to it for export.Result?While the Dutch government flourished,the farmers got pauperized.

The same policy was followed at Hahap by the mafia.It paid Rs 30,000 to Moin Munda and his son Fagun Munda who used part of this money and bought seeds of opium,fertilizer and pump set.They raised the crop of opium,a banned crop,at their land,according to the police.

On a tip off,the police reached Hahap yesterday to find that the crop of opium was blooming.When the policemen began to inquire about it,Mundas began to flee.They were cought and the crop was set afire.Also,during the search,two kgs of opium,four bags of opium crops and a pump set were seized.

The FIR was filed against four accused-all Mundas:Moin,Fagu,Libudih and Mangal.

Though Libudih and Mangal were yet to be nabbed,Moin and Fagu were sent to jail.

The identity of their financer was not known to the police till now.The police suspect that the mafia comprised the Maoists who made fortunes by running this calendestine cultivation and trade of opium in Jharkhand.