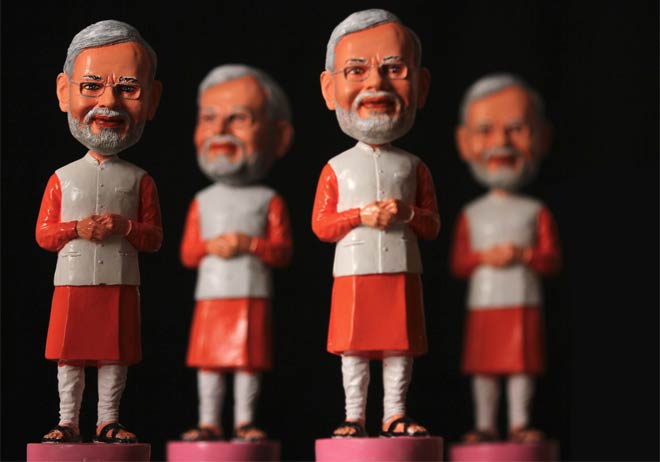 Modi has posted on his blog a Guinness certification granted to Raj Kasu Reddy and Mani Shankar of NChant 3D for his 3D speech during the Gujarat elections campaign last year.” They have been listed for the most simultaneous shows of ‘the Pepper’s Ghost Illusion’, a 3D holographic projection technology”,Modi’s blog says.

On December 10 last year,Modi , in 3D, addressed 53 locations across Gujarat simultaneously.” It was his way of handling the many requests from BJP candidates that he visit and address their constituencies, and crowned an extensive tour of his state”,said a report in the NDTV.

“The holographic projection technology that Nchant 3D used forMr Modi’s innovative speech is popular in Europe and has been also used by Hollywood celebrities like Madonna and Mariah Carey.”