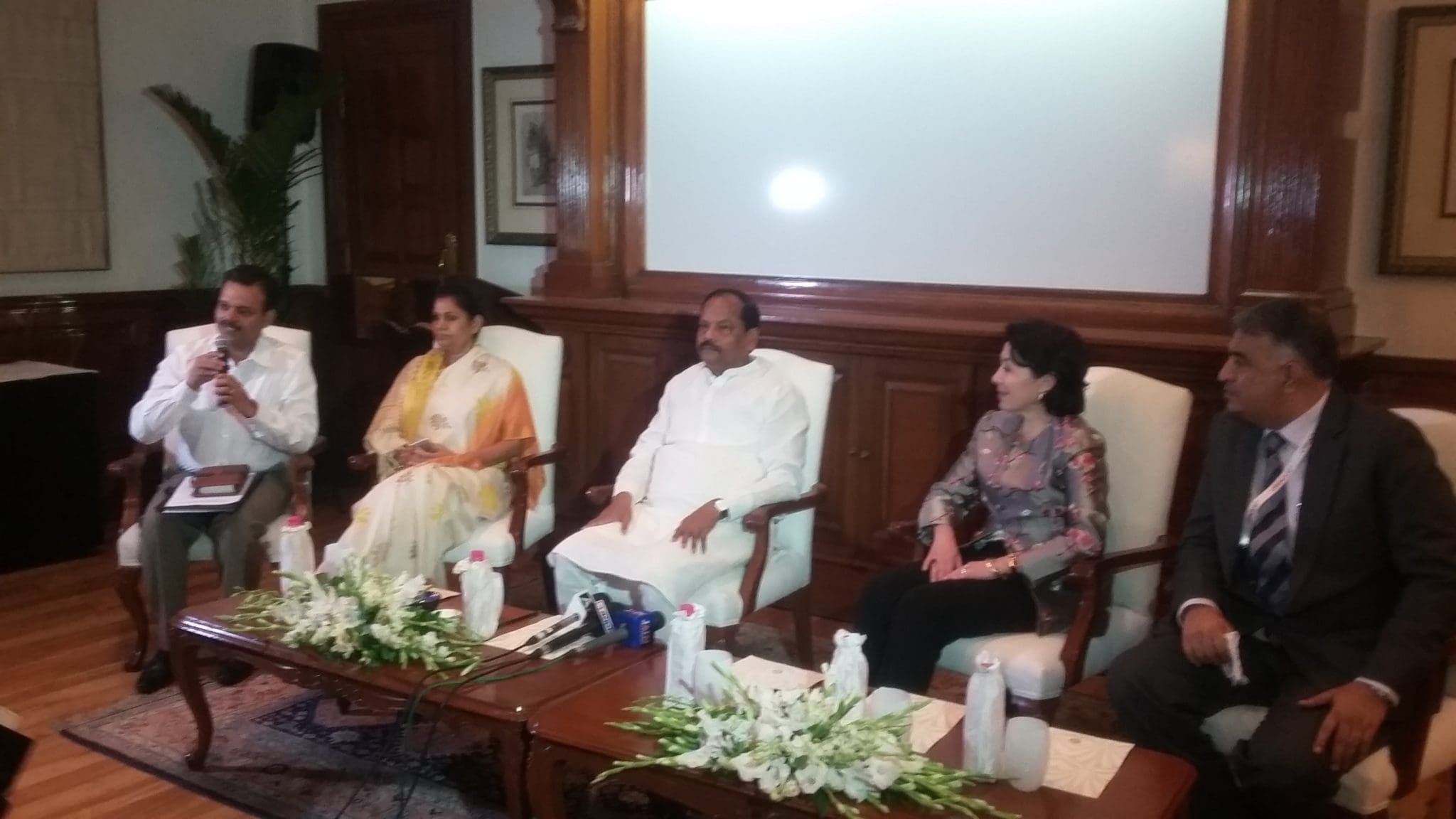 *Check and spot this 'Sweet Talker' IAS officer in this picture. This historic courtesy and credit to egov.eletsonline.com

With coalition government led by JMM Acting President and ex-CM Hemant Soren set to take oath on December 29, higher echelon of bureaucracy in Jharkhand seems to be in the grip of sizzling talks about its past, present and future.

The question such as who will be Chief Secretary, DGP, Principal Secretary of Home, Finance, Personnel, Excise and so on figures in every discourse. Also, a couple of upright and senior bureaucrats who refused to act on the verbal and illegal dictates of the incumbent CM during his five-year rule, have a number of stories to share with friends and families.

One of them has written a relevant story about an IAS officer who worked for the CM. He has written a story under a caption-'Million Dollar Question'.

Since the story has turned viral,www.jharkhandstatenews.com checked its fact- sheet and finding that it depicts the questionable reality, decided to publish it in public interest.

Here is the text of the viral story-Million Dollar Question. The concerned IAS officer is learned to be 'desperately' trying to escape from the state and lead administrative career silently in New Delhi.

"What led to the exit of Shri Raghubar Das?

The general impression is that his arrogance led to his fall. But that is too simple an explanation. It was actually the arrogance and misdeeds of his courtiers that let him down.

Two gentlemen-one a senior bureaucrat and another a junior Secretariat functionary- proved to be his nemesis. The senior bureaucrats combined the role of Goebbels, Rasputin, and Amar Singh while the junior bhaiya was his means to meet the ends.

The senior bhaiya took full advantage of CM's trust and made hay while the sun shone. Being a master manipulator, he had attained his position by managing to get marching orders for his predecessor(who is now back to Bihar cadre) with the help of the then senior-most bureaucrat. Soon, he succeeded in getting rid of the senior-most bureaucrat who could have otherwise got an extension.

With one masterstroke, he became the uncrowned king of Jharkhand bureaucracy. Thereafter, he started putting an iron curtain around the CM and only fed disinformations to him. He sidelined, disregarded and insulted the senior well-meaning, upright officers and intimidated the junior bureaucrats into submission.{In fact, along with the CM, he scolded, shouted and screamed against Deputy Commissioners through video conference).

This gentleman is, in fact, a master of "कम्बल ओढ़ कर घी पीना" Art. Throughout his career, he has never delivered anything positive; never taken any decision, but he has still succeeded in creating an aura of intelligence and diligence around himself.